We will not allow terrorists to infiltrate to former Soviet Republics, that's why we support Syrian legitimate government - Putin says | Eurasia Diary - ednews.net

Iran urgently deployed dozens of missile systems on the coast of Strait of Hormuz
Read: 2580

An artillery attack on a second US military convoy in Syria
Read: 508

We will not allow terrorists to infiltrate to former Soviet Republics, that's why we support Syrian legitimate government - Putin says 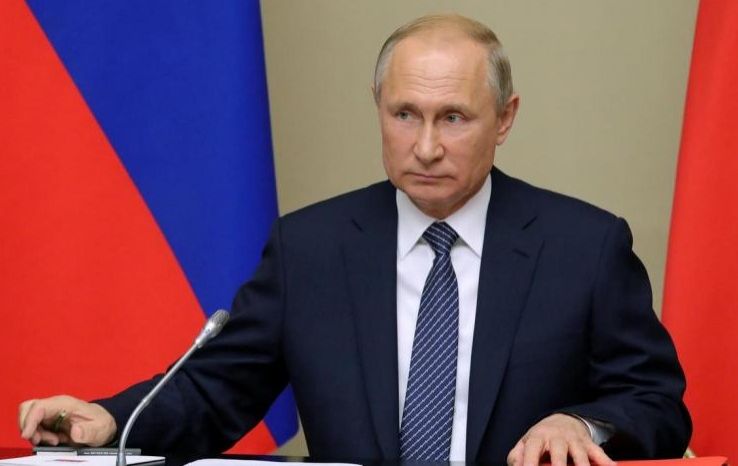 "We proceed from the premise that internal political contradictions must be and can be resolved by political methods only. That is why we were so adamant. I am glad to see it happening now as part of the political process, as a result of the establishment of the so-called Constitutional Committee," he said in an interview with RT Arabic, Al Arabiya and Sky News Arabia TV channels on Sunday ahead of his visit to the United Arab Emirates and Saudi Arabia.

"We have trodden a hard, arduous, and long path to form this committee. Now it has finally been formed, on behalf of the government, on behalf of President Assad, and on behalf of the opposition. I expect that in the coming days, it will take its first steps in Geneva under the auspices of the UN," Putin said.

The Russian leader explained why Moscow insisted on the launch of a political dialogue. "We came to Syria to support the legitimate government, and I would like to emphasise the word ‘legitimate.’ It does not mean that they do not have internal problems; I am ready to talk about it in detail later. It does not mean that the current leadership is not responsible for what is going on there. They are, but it does not mean that we were to allow terrorist organizations to capture Syria and to establish a terrorist pseudo-state there," he said.

"We could not allow militants to move to former Soviet republics. We do not have hard borders or a visa regime with them. We could not allow militants to infiltrate Russia from there. We already had such an experience and we know what this might lead to. We still remember what happened in Russia’s North Caucasus region not that long ago. This is why we made a decision to support the legitimate government," he stressed.