daily news
When Real Madrid or Barca knock on the door the other clubs must tremble - Guardiola on Sterling transfer
FAO official: Azerbaijan can help other countries as donor
Turkish F-16s intercepted by Russian forces in Syria
Baku to host Fintech Summit 2020 exhibition on financial technologies
Iran counts votes in election stacked in favor of hardliners
Russia grants $500,000 for UN project to upset weapons supplies to terrorists
Blue Brexit passports to be issued from next month
Twitter Suspends 70 Accounts With Pro-Mike Bloomberg Tweets
﻿

Unknown fighter jets tried to attack the Russian air base in Syria
Read: 1134

After returning from Khojaly, I started drinking... - British journalist: We sympathized with the Armenians
Read: 386

'I will not tell good things' - Kocharyan remains mute in court 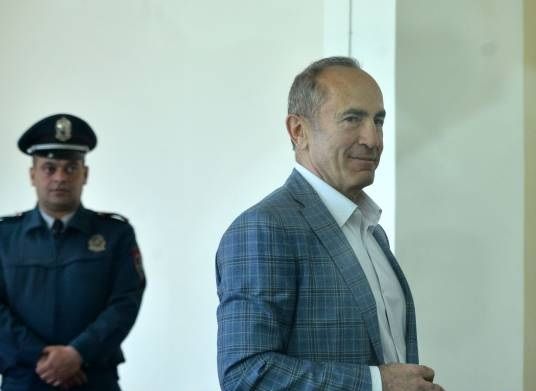 The judge asked Kocharyan whether he joins the petition of his team.

“Do you doubt it?” Kocharyan responded.

As to the next question of the judge, whether he has something to add, Kocharyan said, “I will not tell good things, so it will be better for me not to say anything.”