We do not have any growth in any area - Former Armenian Minister slams 'post-revolutionary developments' | Eurasia Diary - ednews.net

Ex-PM Medvedev speaks about his relations with Putin
Read: 596

Russian T-14 Armata tank could be transformed into nuclear weapon - US
Read: 534 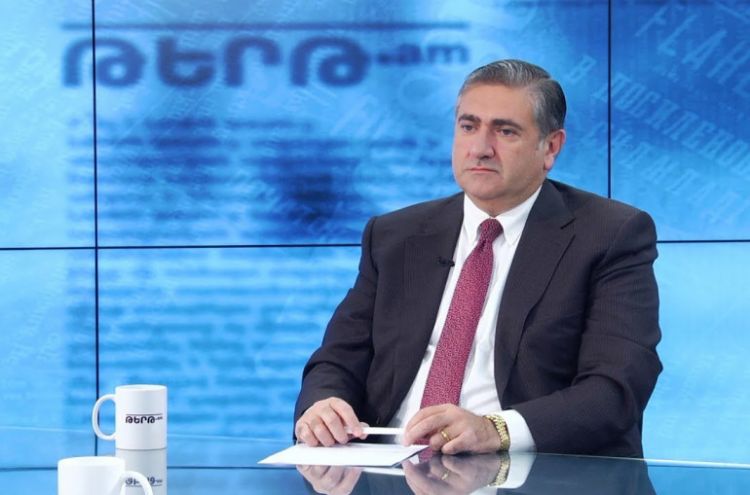 The post-revolutionary developments in Armenia are pushing the country into a kind of deadlock, signalling absolutely unexpected developments under conditions of a zero economic growth and a zero progress in the foreign policies, a former minister of agriculture said on Sunday, Eurasia Diary reports citing Armenian website Tert.am

In an interview with Tert.am, Artur Khachatryan did not even rule out the scenario of a governmnet change and preterm parliamentary elections. Asked whether he shares the concerns that the current authorities are “behaving like landlords” while guiding themselves by the psychology of temporary people at the helm of state, the politician replied, “I cannot say what psychology these authorities are pursuing now, but their actions make clear that the competence is on a low level indeed. We do not have any growth in any area.

“In the economic sector, particularly, the GDP growth for the first three quarters revealed that the ‘growth’ in question was largely due to trade and services, which understandbaly was at the expense of retail trade that’s in the shadow. [Vendors] who issue cash machine checks are no longer in the shadow, but if we exclude this [from the total GDP output], we will find out that we did not practically have any growth. While they speak of plans to distintigrate the monopolies, no one has said so far which particular monpoly has been disintegrated in question. The authorities used to promise an inclusive economic growth, but they never say whether or not they have secured it.”

“The other problem which we see dealt with the All-Armenian fund’s telethon, which raised little donations indeed due to our failure to recognize the Diaspora. The Diaspora-Armenians’ love for the fatherland has not decreased in essence; those people [the Armenian authorities] do not simply know how to work with the Diaspora compatriots. That’s a direct consequence of the move to dissolve the Diaspora Ministry to replace it with the post of just a commissioner,” he added.