An artillery attack on a second US military convoy in Syria
Read: 744 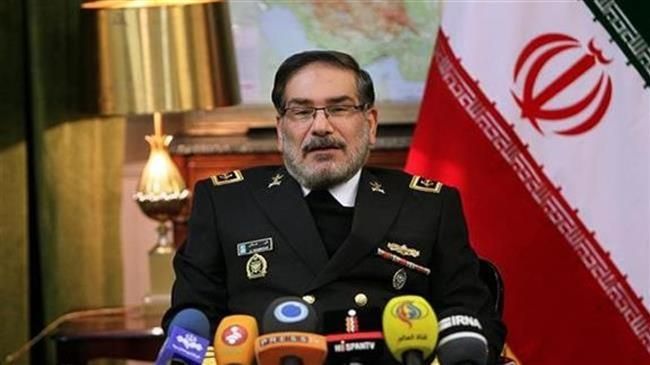 Iran’s top security official has harshly rebuked the US Secretary of State Mike Pompeo’s allegation that Tehran is covering up details of the coronavirus spread in the country, Eurasia Diary reports citing Press TV.

In a Persian tweet on Tuesday, Secretary of Iran's Supreme National Security Council (SNSC) Ali Shamkhani censured the US double standards and said the accusation comes as the White House has failed to release precise reports about the extent of damage it suffered in Iran’s retaliatory missile attacks on Ain al-Assad military base in Iraq.

Shamkhani also noted that Washington has refused to provide data on the downing of a US drone in Afghanistan as well as the number of flu-related deaths in the United States over the past year.

Earlier in the day, Pompeo claimed that the United States was "deeply concerned" Iran may have covered up details about the coronavirus outbreak, and he called on world countries to "tell the truth" about the epidemic.

"The United States is deeply concerned by information indicating the Iranian regime may have suppressed vital details about the outbreak in that country," Pompeo told reporters, also criticizing Beijing for what he claimed as the censorship of media and medical professionals.

"All nations, including Iran, should tell the truth about the coronavirus and cooperate with international aid organizations," he added.

According to the World Health Organization, the epidemic has killed more than 2,600 people and infected more than 77,000 others in China. But the situation has worsened elsewhere with nearly 2,700 other cases and more than 40 deaths globally.

In Iran, the virus showed up in the north-central city of Qom, where it has claimed its most victims. In all, the spread has taken 15 lives across the country and infected as many as 95 others.

Iranian medical officials have assured that Iran would, in the near future, rein in the outbreak, noting that the condition of most of the patients diagnosed with the virus had improved.

The country has, meanwhile, announced closure of schools and universities throughout the upcoming days, and health centers have been tasked with distributing protective items, such as the facemasks, among the public.