Tajikistan to host summits of regional powers to discuss Afghanistan 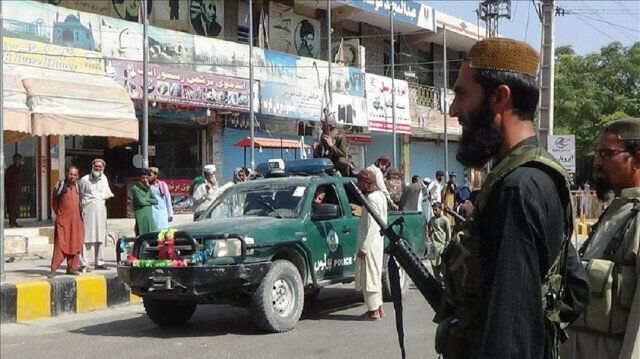 Tajikistan capital Dushanbe will host two important summit meetings of the Shanghai Cooperation Organization (SCO) and the Collective Security Treaty Organization (CSTO) on Thursday to discuss issues related to Afghanistan.
Russia, Kazakhstan, Kyrgyzstan, Uzbekistan, Tajikistan, India, and Pakistan along with Afghanistan, which has observer status at the SCO will attend the Dushanbe meeting. This will be the first major meeting of regional countries since the Taliban announced their interim government in Kabul on Sept. 7.
Tajikistan's President Emomali Rahmon will host the CSTO session, scheduled to be attended by presidents of Kazakhstan, Kyrgyzstan, Belarus, Russia, and the Armenian prime minister.
The grouping which includes Russia, Kazakhstan, Kyrgyzstan, and Tajikistan (who are also SCO members) along with Armenia, Belarus (SCO observer states) was founded in 1992.
Following the Aug. 23 virtual meeting, CSTO Secretary General Stanislav Zas said that the leaders had agreed to join efforts with the SCO member countries and other international organizations on the Afghan issue.
Russia is keen to reclaim and assert its role as the protective power for the Central Asian states to keep them under its wings promising to upgrade its weapon system.
According to CSTO’s Deputy Secretary-General Valery Semerikov, the leaders will approve a plan to equip the Collective Rapid Reaction Force (CRRF) with modern weapons and equipment. Set up in 2009, the CRRF is a joint task force comprising independent military units from the CSTO, with the purpose to counter limited military aggression against member states, to fight against terrorism and drug trafficking.
This decision comes amid apprehensions about future developments in Afghanistan and their possible negative consequences on the situation in Central Asia, says Semerikov. He also added that there were also “growing threats to Russia’s strategic defense assets in the Central Asian states”.
The Taliban’s taking of power in Afghanistan has opened many opportunities for Russia and China to expand their influence in South and Central Asia.
Given stability assurances that are being sought by Russia, Uzbekistan, and Turkmenistan and the prevention of extremist groups crossing over from Afghanistan, there are chances that these countries will try to convince Tajikistan not to support the ethnic Tajik community and their leaders militarily to allow them to continue resistance against the new setup in Kabul.
- Russian interests
Hence Moscow may not encourage the CSTO to extend support for “tacit military cooperation with the Northern Alliance, as was the case with the Panjshir leader Ahmad Shah Massoud” during 1996-2001, says Russian defense expert Shamil Gareev.
Russia is keen that Central Asian partners do not get distracted or wavered by US requests to allow its military presence to conduct operations in Afghanistan. In August, Russian forces conducted bilateral military exercises with Uzbekistan and Tajikistan.
These were followed up by the Frontiers-2021 -- joint exercises of the CSTO Collective Rapid Deployment Force (CRDF) held in Kyrgyzstan from Sept. 5-9. The maneuvers were also participated by servicemen from Kazakhstan and Russia.
Moreover, special forces units of the Kyrgyz Interior Ministry also took part in the exercises, which involved maneuvers by Sukhoi-25 attack aircraft, Mig-8 helicopters, and Orlan-10 drone planes.
The ZU-23-2 air-defense unit of the Kyrgyz army also took part in the exercises. The BM-21 Grad Multiple Rocket Launcher System was also tested in addition to Orlan-10 drone planes and “Arrow-2M” shoulder fired missiles. The Su-30 SM planes of Kazakhstan coordinated ground and air combat operations.
It is expected that the two high-level significant meetings of regional and two world powers in Dushanbe will come up with a clear understanding of dealing with Afghanistan and the ways to proceed with issues of recognition, bilateral relations, and multilateral cooperation with the Taliban in the coming months.
By Zaki Shaikh
- The writer is a UK-based analyst and has worked with universities in three Central Asian countries.