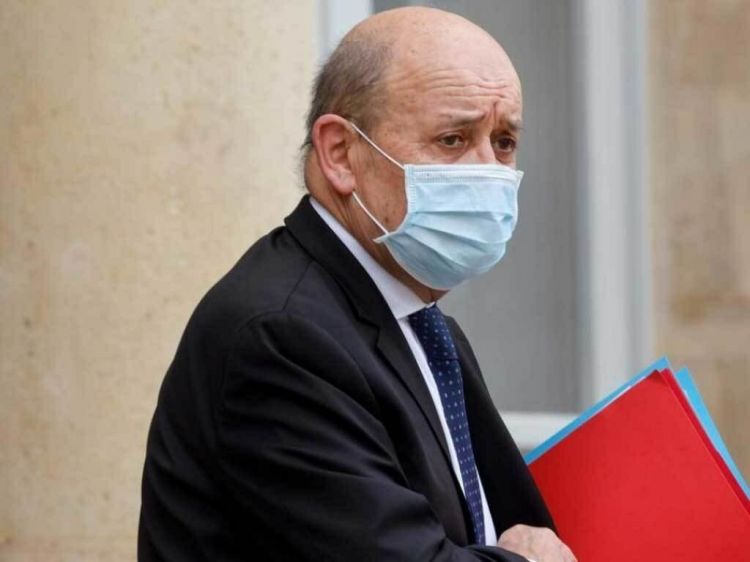 International negotiations on Iran's nuclear activities are proceeding so slowly that they are unlikely to lead to any agreement "within a realistic timeframe," France's Foreign Minister Jean-Yves Le Drian said Tuesday.
The discussions taking place in Vienna "are under way but from our point of view they are slow, too slow," Le Drian told the French parliament.
"There is a vital urgency on this issue because of Iran's own actions and the trajectory of its nuclear programme," he added.
On Monday Iran's foreign ministry spokesman had said that efforts by "all parties" to revive his country's 2015 nuclear agreement with world powers had resulted in "good progress" during the Vienna talks.
Israel not bound by any nuclear deal with Iran, Bennett says
Negotiations to salvage the nuclear deal resumed in late November after they were suspended in June as Iran elected a new, ultraconservative government.
The 2015 deal -- agreed by Iran, the US, China, Russia, Britain, France and Germany -- offered Tehran sanctions relief in exchange for curbs on its nuclear programme.
But then-US president Donald Trump unilaterally withdrew the US in 2018 and reimposed biting sanctions, prompting Tehran to begin rolling back on its commitments.
"There has been good progress on all four issues of removing sanctions, nuclear issues, verification and obtaining guarantees" during the latest round of talks, Iran's foreign ministry spokesman Saeed Khatibzadeh told reporters on Monday.
The US has participated only indirectly in the Vienna talks, which seek to bring Washington back inside the accord and to ensure Iran re-adheres to its own commitments.
Le Drian had sounded more positive about the talks on Friday, when he said they were progressing on a "rather positive path" while still emphasising the urgency of bringing them to a speedy conclusion.
The following day his Iranian counterpart Hossein Amir-Abdollahian said the two sides are nearing a "good agreement" due to France "behaving reasonably" after previously playing "the role of a bad cop".
Britain, France and Germany said last month that the window for concluding a deal was "weeks, not months", due to the speed of Iran's nuclear enrichment.