Aliyev is right about Karabakh... But West doesn't support me in this - Khadija Ismayilova - ednews.net

Aliyev is right about Karabakh... But West doesn't support me in this - Khadija Ismayilova 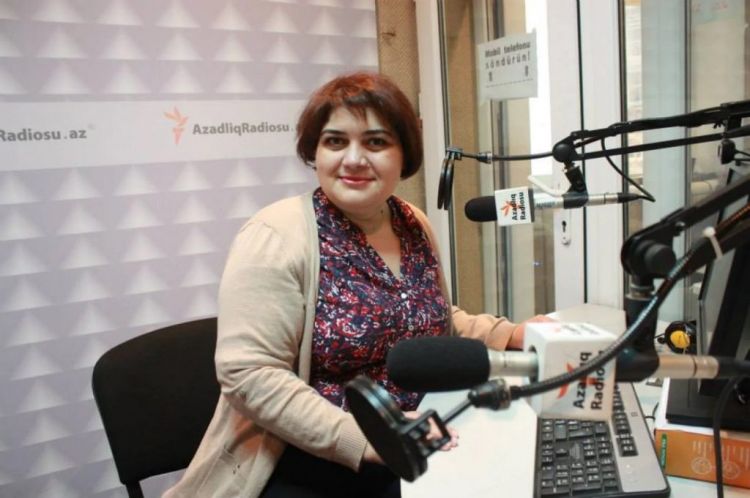 'Some people in the West said that if I oppose Armenia on the Karabakh issue, they would regret supporting me. If I had known about this in advance, I would have immediately refused their support... Why am I allowed to raise the problems of only the Azerbaijani government, but not the Armenian one? This is not only Aliyev's war, this is the war of the entire Azerbaijani people. 600 thousand people became refugees in their own country. I don't support Aliyev, but he is right about Karabakh, because Armenia occupied our country in violation of international law.' This statement was made by journalist Khadija Ismailova in an interview with the German-language magazine Zenit. This is reported by Vestnik Kavkaza.

According to the journalist, she was in demand in the West when she criticised the Azerbaijani authorities, but as soon as she expressed her position on the Karabakh conflict, they lost all interest in her.

Ismayilova noted that last year she was allowed to legally leave Azerbaijan, but if before that she was constantly invited to Western countries, now there are no such invitations: 'When I can move freely again, apparently no one needs me anymore. It's depressing.'

The journalist claims that she is not ready to give up her beliefs regarding the occupation of Karabakh by Armenia in order to 'please anyone or get more applause from abroad.'

According to her, from the Armenian side, no one criticises the occupation of Karabakh and does not call for an investigation of Armenian war crimes, the only exception was the late Georgy Vanyan...

On the issue of Karabakh, the opposition journalist is in solidarity with the leadership of Azerbaijan. Commenting on the interviewer's suggestion that allegedly 'the rule of Azerbaijan deprives the Armenians of Karabakh of the opportunity to live under Azerbaijani rule,' Ismayilova noted: 'The conflict did not start with Ilham Aliyev. The most violent clashes took place long before he came to power. Therefore, I do not accept this argument. Actually, if you think about it, it's a lie.'