Unknown fighter jets tried to attack the Russian air base in Syria
Read: 1813 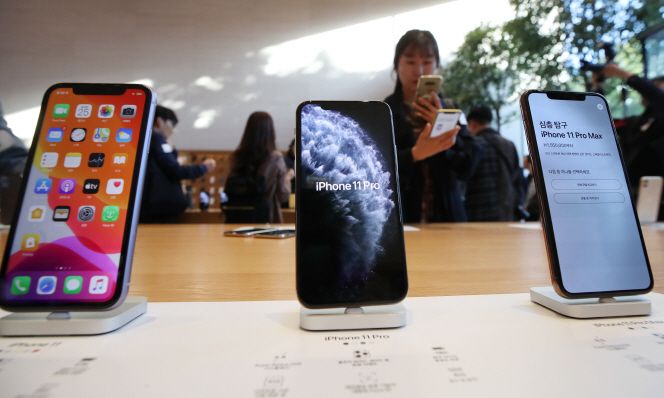 Some 130,000 units of Apple Inc.'s new iPhone models are believed to have been set up on the first day of sales in South Korea, industry insiders said Saturday.
Apple released its iPhone 11, iPhone 11 Pro and iPhone 11 Pro Max in South Korea on Friday, targeting consumers looking for premium phones available in 4G LTE models.
The estimated figure is 30 percent more than the previous iPhone models -- the iPhone XS, Max and XR -- launched November 2018, according to industry sources. However, it is far below Samsung Electronics Co.'s Galaxy Note 10, of which 220,000 units were opened for service on the first day of sales in August.
Industry insiders said local consumers were apparently moved by positive responses from the U.S. and Japan, where iPhone 11s were launched one month earlier than South Korea, while some have opted for 4G models over concerns about 5G service quality.
The iPhone 11 comes with a 6.1-inch display and dual rear cameras, while the two higher-end models sport a triple-lens camera system. Prices range from 990,000 won ($842) to 2.03 million won in the domestic market, but the sale price can vary depending on subscription plans and subsidies offered by local carriers.