The new Russian Su-34 will be able to detect and shoot down invisible targets - VIDEO
Read: 1283

Putin - 'We see how an array of Western countries are resorting to pressure, intimidation and blackmail of sovereign African governments'
Read: 1154 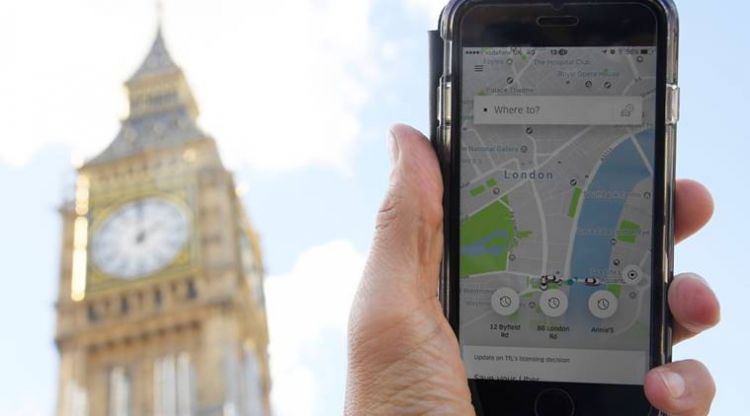 Uber is expected to tell a British employment appeal tribunal on Wednesday that its drivers are self-employed and not workers entitled to a range of extra benefits, less than a week after the firm was told it would lose its London licence.
The US ride-hailing service has faced regulatory and legal setbacks around the world amid opposition from traditional taxi services and concern among some regulators. It has been forced to quit several countries, such as Denmark and Hungary. Losing its licence in London, one of the world’s wealthiest cities is one of the U.S. technology firm’s biggest setbacks so far. The London regulator cited the firm’s approach to reporting serious criminal offences and background checks on drivers.
It can operate during its appeal, which could last months.
Last year, two drivers successfully argued at a tribunal that Uber exerted significant control over them to provide an on-demand taxi service and had responsibilities in terms of workers’ rights. At the two-day appeal hearing starting on Wednesday Uber will argue its drivers are self-employed and work the same way as those at long-established local taxi firms, according to a court document seen by Reuters. The self-employed are entitled to only basic protections such as health and safety, but workers receive benefits such as the minimum wage, paid holidays and rest breaks. This would add to Uber’s costs and bureaucracy across Britain.
Those in a third category, called employees, receive all those entitlements as well as other benefits such as statutory sick pay and maternity or paternity leave. “Almost all taxi and private-hire drivers have been self-employed for decades before our app existed,” an Uber spokesman said before Wednesday’s hearing. “Uber drivers have more control and are totally free to choose if, when and where they drive with no shifts or minimum hours,” he said.
Trade union-led protestors are expected to march through central London on Wednesday against what they deem “precarious labour” in the ‘gig economy’, where people work for various employers at the same time without fixed contracts. Uber faces a further challenge as law firm Leigh Day said it would represent a female driver who says Uber is putting her and other women at risk as the driver does not know the passenger’s destination until they are already in the car and that could mean travelling to a remote or unsafe area.
An Uber spokesman said drivers could cancel trips without penalty and did not have to go to a particular area if they did not want to. He said many women worked for Uber due to its safety features. “One of the main reasons why women choose to drive with Uber is because of the safety features in the app. All trips are GPS tracked and a driver is able to share a live map of their trip with a friend or loved one,” he said.