Michael Douglas would ask son Cameron to hand out drugs at parties ‘as a really young kid’, memoir claims

‘I would [do it], not realising until years later what it had been,’ Cameron Douglas writes 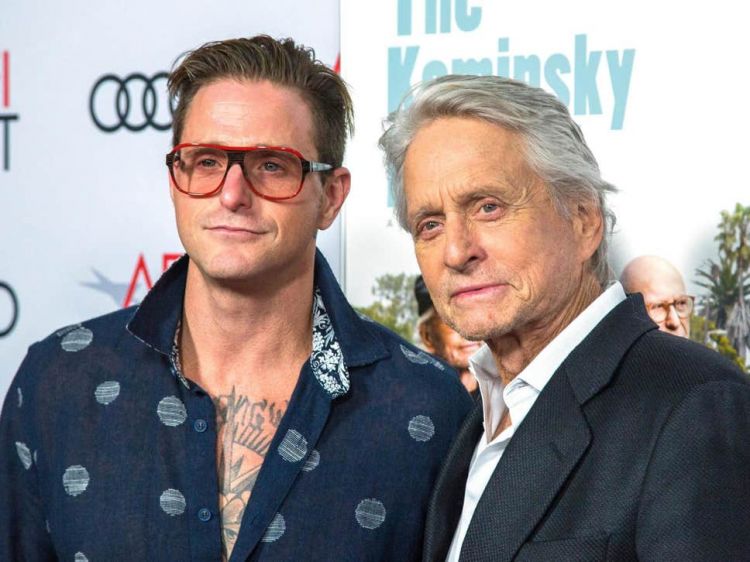 Michael Douglas would ask his young son Cameron to hand out marijuana cigarettes to guests at celebrity parties, according to a new memoir.
In Cameron Douglas’ memoir Long Way Home, the Hollywood scion recalled being “a really young kid” when the incidents occurred.
“Even as a really young kid, I remember running joints back and forth,” he writes in the book. “Dad would say, ‘Hey, bring this over to your uncle,’ and I would, not realising until years later what it had been.”
He continues, “As I got older, I would creep from house to house on the compound, climbing balconies and seeing more than I was supposed to: beautiful grown-ups doing the things that beautiful grown-ups living lives of excess do.”
The memoir recounts Douglas’ battles with addiction, which included lengthy periods in which he was addicted to heroin and cocaine as well as dealing crystal meth.
In 2010, he plead guilty to heroin possession and conspiracy to distribute drugs, ultimately spending seven years in prison.
That same year, Michael Douglas, who himself has battled addictions to drugs and alcohol, said that prison may be his son’s last hope for survival.
“My son has not been sober for this length of time since he was 13 years old,” he said at the time. “He was going to be dead or somebody was gonna kill him. I think he has a chance to start a new life, and he knows that.”
Now sober, Douglas also says in his memoir that he credits his father’s second wife, the actor Catherine Zeta-Jones, for helping to repair the fractured relationship between him and his father.
“[It was Catherine] pushing him to extend his paternal love to me,” Douglas writes. “One day, we’re hanging out and he says, ‘I don’t know how you did it. How you went through the things you did.’ It’s the first time he’s ever acknowledged it quite like that.”