“Armenia once again demonstrates that it cannot live in peace with its neighbors” - Azerbaijani Presidential aide
Read: 664

'I want to thank all the young people in this country!' - UNICEF Representative to Azerbaijan on International Youth Day - VIDEO
Read: 642 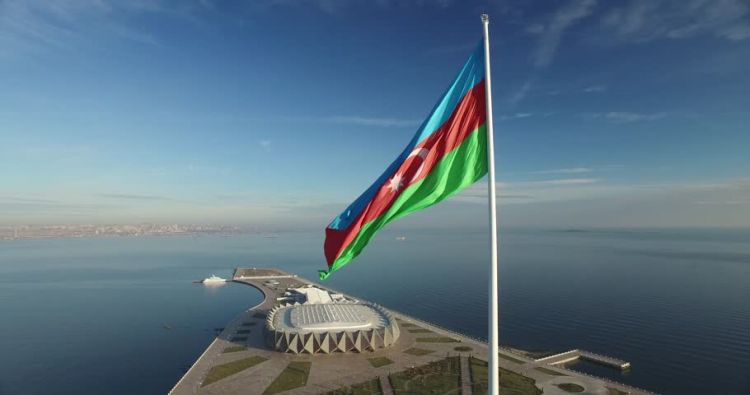 Back in 1918, 7 months after the establishment of Azerbaijan Democratic Republic the flag of independent Azerbaijan was adopted by the former government that founded the first independent Republic of Azerbaijan. The first design of the flag that represented the Democratic Republic of Azerbaijan consisted of a white crescent and eight-pointed star with a red background on a silk fabric, which was replicating the Turkish flag as part of the national unity. Six months later, on the same day, the cabinet of ministers adopted the change to the constitution for replacement of the colours of the flag, which then became three-coloured – blue, red and green, and more like reflecting symbols of modern Turkic, Islamic and democratic ideologies in the first secular and democratic Islamic country in the Caucasus.