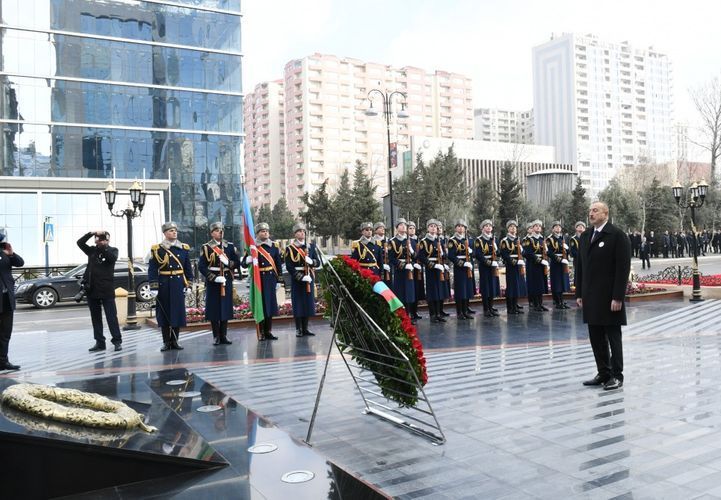 President Ilham Aliyev put a wreath at the monument.

The commemorative ceremony was attended by state and government officials, MPs, ministers, heads of committees and companies, leaders of religious confessions, as well as Khojaly genocide survivors.