Russian fighter jet shot down a US drone near Khmeimim air base in Syria
Read: 5691

Moscow explained why Turkey should not joke with Russia about Syria
Read: 300

Entry of Azerbaijani citizens, coming from Russia to Azerbaijan started 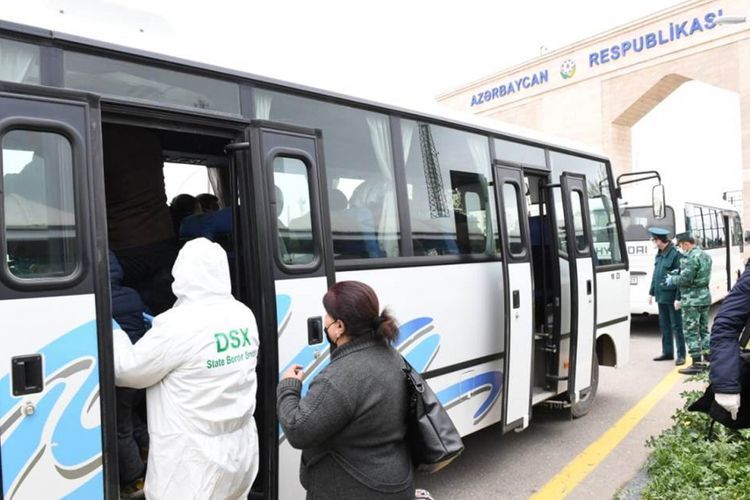 It has been noted after border and customs control by Azerbaijani border guards, welcoming persons, who enter Azerbaijan, they have been involved in compulsory quarantine regime measures in mutual relation with the Administration of the Regional Medical Divisions (TABIB): "After passing state border all citizens are provided with special preventive masks and other security means, in accordance with requirements of special quarantine regime, declared in Azerbaijan, they are placed in quarantine regime for determined period of time in centers, allocated for these purposes in districts nearby borders."

“Based on instruction of President of Azerbaijan Republic Mr. Il­ham Aliyev, on April 4, the head of the State Border Service of the Azerbaijan Republic, colonel-general Elchin Guliyev attended Samur state border crossing station and checked the condition of readiness for welcoming the citizens that will arrive from the Russian Federation and enticing them to sanitary and quarantine measures.

The completed works aimed at ensuring of security and protection of health of the personnel drawing duty at the state border crossing station have been inspected, and the necessary tasks and instructions have been assigned. The visual inspection of the premises allocated and the conditions created for accommodation of the persons that will be kept under quarantine, and the transport facilities intended for transportation of such persons has been carried out.

A meeting has been held with the citizens admitted to the country’s territory from the state border, the detailed information has been provided to them regarding the completed and ongoing works in the framework of fight against coronavirus infection under leadership of the President of Azerbaijan Republic Mr. Il­ham Aliyev, and the requests and appeals have been heard.