Veterans Organization of Republic issues statement condemning the attack of the Armenian armed forces on the positions of the Azerbaijani army on July 12 | Eurasia Diary - ednews.net

Russian diplomat warns with return of Cold War by race for military dominance in Europe
Read: 577 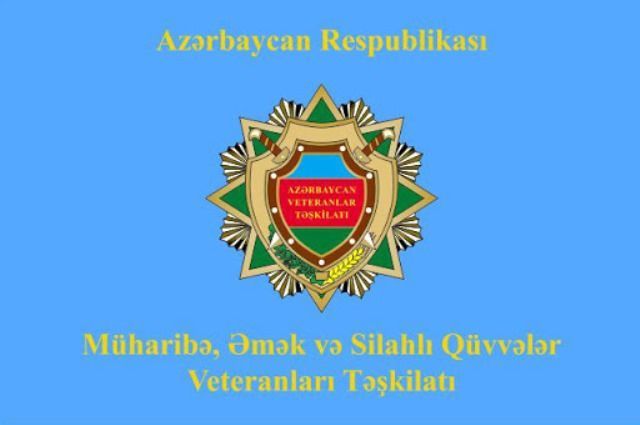 Presidium of the Organization of Veterans of War, Labor and Armed Forces of the Republic of Azerbaijan issued a statement on the condemning the attack of the Armenian armed forces on the positions of the Azerbaijani army on July 12

EDNews.net provides the full text of the statement.

In protest of the repeated violation of the ceasefire rejime by the Armenian armed forces during the pandemic and the attempted provocation resulting in casualties.

Armenia's violation of the ceasefire in the direction of the Tovuz region of the Republic of Azerbaijan is another threat to peace and security in the world.

As it is known, the recent violations of the ceasefire by the Armenian armed forces and the firing on the positions of the Republic of Azerbaijan have led to the death and injury of servicemen. At the same time, Armenia continued its insidious and ugly policy, firing on the civilian population of villages near the frontline using large-caliber weapons and heavy artillery. As a result, civilians were killed and injured.

Thus, starting from noon on July 12, 2020, the Armenian armed forces tried to attack the positions of the Azerbaijani Armed Forces in the direction of Tovuz region on the border with Armenia, using heavy artillery sistems.

It is regrettable that the next provocation against the internationally recognized territorial integrity of Azerbaijan, Armenia which has not complied with the known UN Security Council Resolutions 822, 853, 874, 884 and is occupies Azerbaijani lands, is also unacceptable. The world community should know that in the Nagorno-Karabakh conflict the same approach to the occupier and the victim of the occupation is discrimination against the Azerbaijani people.

The Republic of Azerbaijan, with its tolerant and multicultural values, was more patient and determined to establish world peace. The Azerbaijani people, whose territory is under occupation and lives under Armenian fire, have always shown tolerance and tried to resolve the conflict peacefully. Unfortunately, the Armenian side once again used the humanism of Azerbaijan in its disgusting acts.

Today, we, theveterans once again urge the international community, especially the World Federation of Veterans and other influential international organizations to take the necessary steps and take urgent measures for theliberation of the UN-recognized territories of the of our republic, give a proper legal assessment to the crimes committed by Armenia in Azerbaijan and prevent  violation of international law, as well as the restoration of the violated rights and freedoms as a result of the Nagorno-Karabakh conflict.