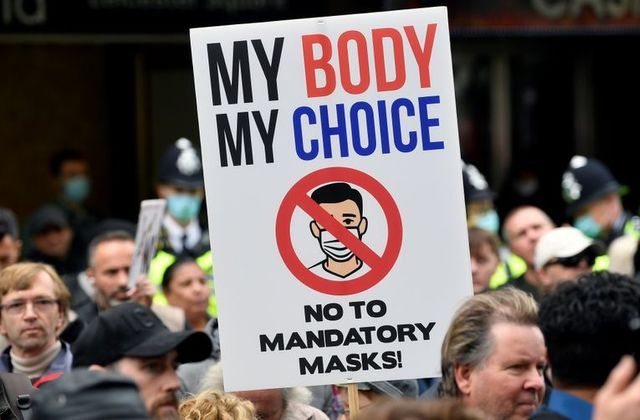 A school district in the Canadian province of British Columbia will be locking down schools starting Monday due to ongoing anti-vaccine protests, the district said late on Friday.
The "hold and secure" protocol was enacted on Friday after people protesting vaccines and masks, who the district said had been targeting schools all week, entered two school buildings in and around Salmon Arm, British Columbia.
The protocol meant that students could not leave or enter the building for the rest of the day. All schools in the district, a town of less than 20,000 people located roughly 450 kilometers (280 miles) northeast of Vancouver, will be under the same "hold and secure" starting Monday.
Superintendent of Schools Donna Kriger called the protesters' move "completely unacceptable" and said the district is working with the Royal Canadian Mounted Police (RCMP) to ensure protesters are kept off school property.
The Salmon Arm RCMP said in a statement they had been called to two schools on Friday after four protesters entered.
Canada has seen a wave of anti-vaccine protests ramp up in recent weeks as the country's federal election draws nearer. Protesters have drawn ire from Prime Minister Justin Trudeau on the campaign trail for targeting hospitals and healthcare workers, and he has vowed to crack down on such actions. read more
In August Trudeau had to cancel a campaign rally due to security concerns from aggressive anti-vax protests.