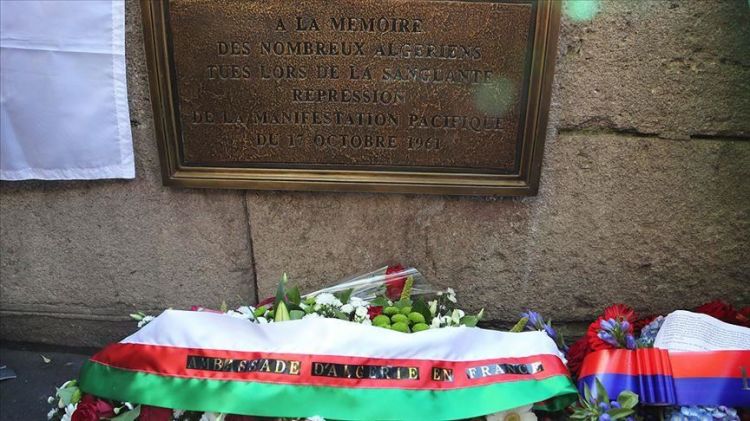 French President Emmanuel Macron has denounced the brutal actions of the police during the suppression of the protest of immigrants from Algeria in Paris in 1961, as "inexcusable for the republic," marking the strongest recognition by a French president of the massacre, the Elysee Palace said on Saturday

Ahead of the 60th anniversary of the tragedy, Macron arrived on Saturday at the Bezons bridge, where the bodies of demonstrators were found in the Seine. In the presence of the families affected by this tragedy, he observed a minute of silence in memory of the victims of the bloody repression of October 17, 1961.

"He acknowledged the facts: the crimes committed that night under the authority of [then-Paris police chief] Maurice Papon are inexcusable for the Republic," the presidential office said in a statement, adding that France "is aware of its responsibility."

On October 17, 1961, Paris police brutally clamped down a demonstration by some 30,000 Algerians peacefully protesting against a curfew on them and the Algerian war. The police actions resulted in the deaths of several dozen demonstrators, whose bodies were thrown into the Seine River.

Paris has long denied the tragedy. To date, the exact death toll is unknown. In 1998, the French authorities claimed that 40 people were killed during the crackdown. Independent estimates, however, suggest that the number of victims stood at least at 200.