Azerbaijan to launch pilot project to clean rivers in Karabakh 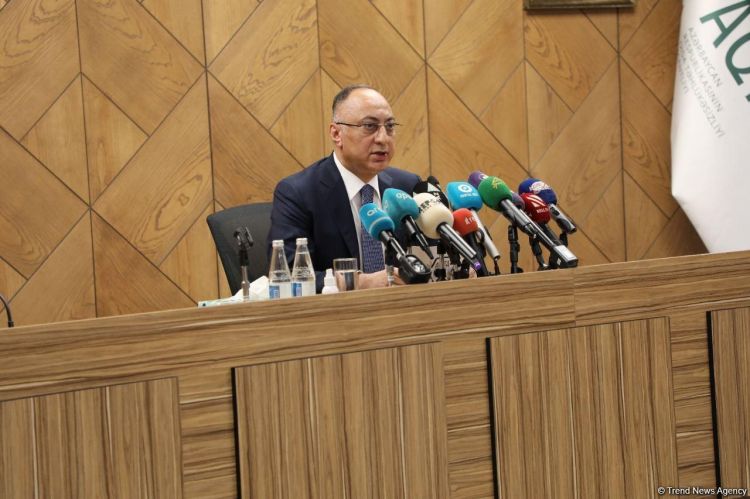 Food Safety Agency Chairman Goshgar Tahmazli has said that the agency plans to implement a pilot project to clean up polluted rivers in the liberated lands using biofilters, Azerinews reports.

Tahmazli made the remarks at a press conference dedicated to the agency's activities over the past nine months.

He underlined that the project will purify the water from toxic substances through biologically based filters to make it usable for irrigation of arable lands.

Tahmazli noted that nine research projects had been implemented by Azerbaijan's Food Safety Institution and a number of researches are underway.

"The new generation microbiological products used in agriculture, the use of antibiotics in poultry and scientific assessment of antibiotic resistance have been researched and preliminary results have been obtained," Tahmazli added.

Armenia’s three-decade occupation of Azerbaijani territories extensively damaged the ecosystem, wildlife and natural resources in and around the Karabakh region. Armenians resorted to large-scale acts of ecological terror in the regions they had to leave under the trilateral November peace deal that stipulated the return of Azerbaijan’s occupied territories.

The clashes between Armenia and Azerbaijan escalated for the second time in 2020 after Armenia's forces deployed in the occupied Azerbaijani lands targeted Azerbaijani civilian settlements and military positions, causing casualties among civilians and the military. In the early hours of September 27, Azerbaijan launched a counter-offensive operation that lasted six weeks. The operation resulted in the liberation of Azerbaijan's occupied lands.

A Russia-brokered ceasefire deal that Azerbaijan and Armenia signed on November 10, 2020, brought an end to the 44-day war between the two countries. The Azerbaijani army declared a victory against the Armenian troops. The signed agreement obliged Armenia to withdraw its troops from the Azerbaijani lands that it had occupied.