Amnesty Act is a step that will foster the solidarity of people in our society - Umud Mirzayev - ednews.net

Kremlin may use Belarusian army in the military confrontation with NATO - Expert
Read: 300 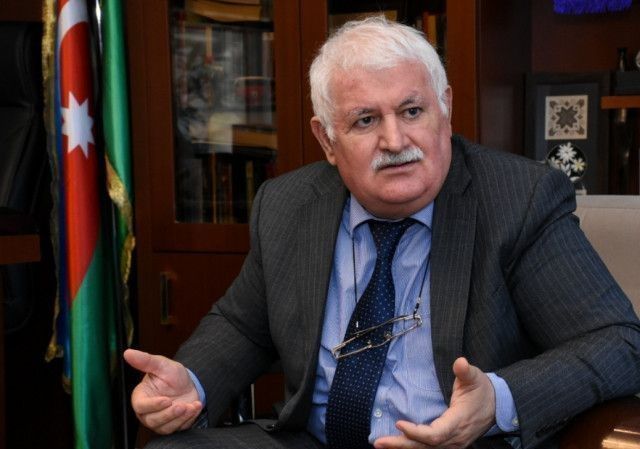 The draft resolution "On declaring an amnesty on the occasion of November 8 - Victory Day" signed by President Ilham Aliyev has been submitted to the Milli Majlis (Azerbaijani Parliament). As reported, the draft decision is expected to be discussed at the parliamentary session on November 5, 2021.
According to the parliament, the Amnesty Act will cover about 15,000 prisoners. The draft also states that the relevant authorities must ensure the application of the amnesty within 4 months from the date of entry into force of the decision. The Amnesty Act will apply to those who took part in the First and Second Karabakh Wars, as well as to close relatives of those killed and missing in the war and hostilities including the Khojaly massacre.
Speaking to EDNews.net, the President of the International Eurasia Press Fund (IEPF) Umud Mirzayev commented on the Amnesty Act submitted to the Milli Majlis of the Republic of Azerbaijan. Umud Mirzayev stressed that the draft Amnesty Act is an extremely important document prepared on the occasion of the anniversary of our Great Victory.
“On the eve of the anniversary of the Great Patriotic War, preparation of such a project was predictable. Because the President of the Republic of Azerbaijan, Mr. Ilham Aliyev, in previous years, regularly spoke on the principles of humanism and made decisions on the pardon of prisoners. For the first time since 2016, such an Amnesty Act has been drafted, which differs significantly from the previous ones in terms of its scale, number of people that were covered and the scope. We are glad that this Amnesty Act applies, among others, to those who took part in the Great Patriotic War, as well as to the relatives of our martyred and veteran soldiers.
The IEPF President said that people who served in the Great Patriotic War deserve all the respect and attention in our society today.
“Mr. President, in his orders and decisions, sends a message to the society how to treat and care for the people who gave us this victory. About 40 different socially oriented decisions and laws have been adopted and decrees have been signed recently regarding war veterans. I think that the Amnesty Act is one of the biggest steps in this direction. We appreciate it very much. This is also a step that will strengthen the solidarity of people in our society. This war also showed that every citizen of Azerbaijan, regardless of anything, is ready to take up arms and defend the homeland. The Amnesty Act sent by Mr. President to the Milli Majlis also serves to unite the society and our people more closely. This step is also aimed at improving the social welfare of our people. Today, there are families whose head and family member are imprisoned due to some mistake. There are such people among the families of martyrs and veterans. I think that the adoption of the Amnesty Act is a very serious and important event in terms of solving the problems of these people. Because, with the adoption of such a law, the homes of thousands of families will have joy and smiles on faces. I can say that such steps are commendable."