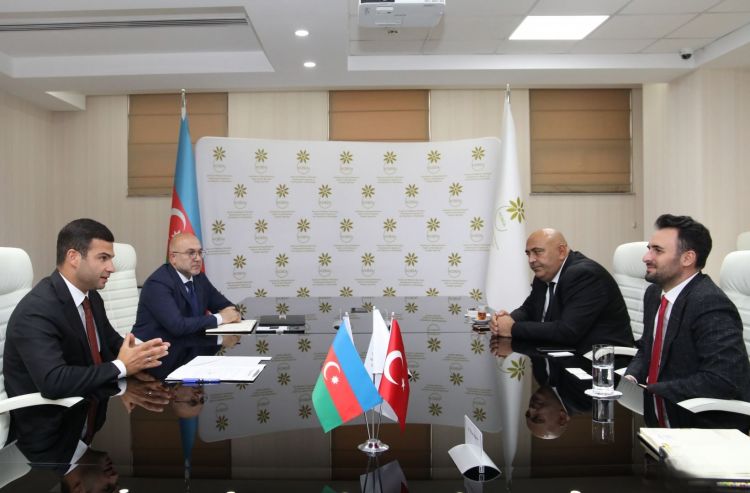 The remarks were made during the meeting between SMBDA’s Board Chairman Orkhan Mammadov with a delegation headed by Turkish ASKON (Anatolian Lions Businessmen’s Association) Vice President Mustafa Necati Isik.

During the meeting, it was noted that SMBDA attaches importance to the expansion of cooperation with relevant institutions in Turkiye.

The sides exchanged views on the expansion of ties between the SMBs of the two countries, as well as on the implementation of joint projects.

Azerbaijan and Turkiye collaborate in a variety of economic sectors and have completed major energy and infrastructure projects, such as Baku-Tbilisi-Ceyhan, Baku-Tbilisi-Kars, and TANAP. In 2021, Azerbaijan and Turkiye signed the Shusha Declaration on Allied Relations, which focuses on defense cooperation, promoting regional stability and prosperity, and establishing new transportation routes.

Additionally, Turkiye was one of the first countries that expressed its interest and readiness to participate in the restoration of Azerbaijan’s liberated territories.