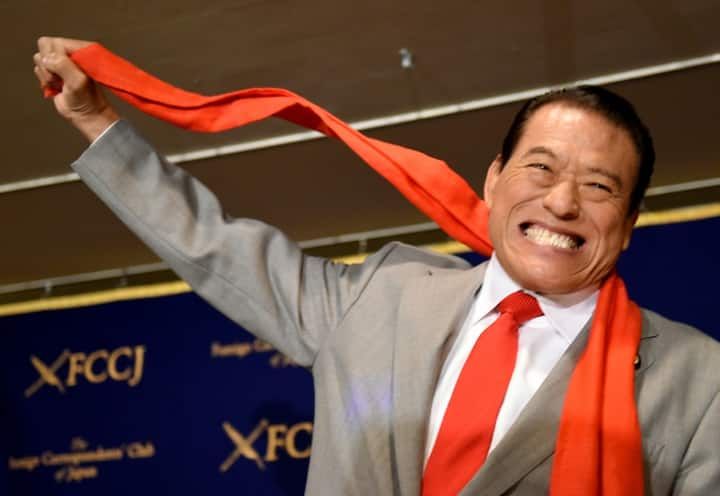 Flamboyant Japanese professional wrestler turned politician Antonio Inoki died Saturday aged 79, according to a company he founded. His death, which public broadcaster NHK said was from heart failure, brought to an end a varied life in the public eye, during which Inoki fought Muhammad Ali, fostered close personal ties with North Korea, and helped free hostages in Iraq.

The Yokohama native -- born Kanji Inoki -- also starred in American wrestling promotions, as well as serving two separate terms in Japan's legislature. US wrestling legend Triple H tweeted that Inoki was "one of the most important figures in the history of our business, and a man who embodied the term 'fighting spirit'".

There followed appearances in the WWF, as WWE was then known. The company said Saturday: "One of the key figures in the history of Japanese wrestling, Antonio Inoki was among the most respected men in sports-entertainment and a bona fide legend in his homeland." In 1989 Inoki was elected as an upper-house lawmaker for the now-defunct Sports and Peace Party. Prior to the 1990 Gulf War, he travelled to Iraq to secure the release of Japanese hostages.

Having built a strong personal connection with North Korea over the years, Inoki travelled there dozens of times to help resolve the issue of Pyongyang's abductions of Japanese citizens during the Cold War.

The wrestler said he wanted to "contribute to world peace through sports" and had arranged martial arts and wrestling festivals in North Korea, often meeting high-ranking officials during his visits. Japanese officials dismissed the trips as a sideshow. Asked about them at the time, the then chief cabinet secretary Yoshihide Suga pointedly reminded journalists that Tokyo had a travel ban in place for North Korea, urging the politician to "act appropriately". However, Japanese television news provided blanket coverage of Inoki's trip and the visits continued to prompt interest, given the lack of details leaking out about life in North Korea.

Inoki, unmistakable from his outsized chin and trademark tie and red scarf, also forced the government to take an official position about aliens when he tabled a question in a budgetary committee in 2017, saying he had seen a mysterious flying object disappearing over the horizon.

Inoki lost his seat in 1995 and retired as a wrestler in 1998, but was re-elected to the upper house in 2013 as a member of a different opposition party. He retired from politics in 2019, and a year later said he had been diagnosed with heart disease.