Not so proud to be an American | Eurasia Diary - ednews.net

Not so proud to be an American 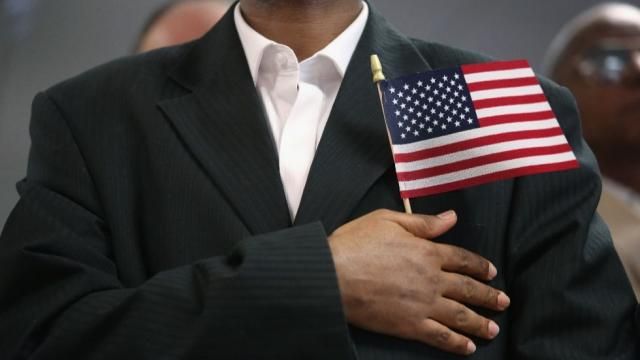 If part of Donald Trump’s plan to make America great again is to make Americans proud of their country again, the president has failed miserably.
A new national Gallup poll indicates the number of Americans who are extremely proud of the United States has dropped since Trump became president. Like many aspects of his presidency, Trump has taken a bad situation and made it even worse.
Less than half (47 percent) of the American people say they are extremely proud of the United States. This represents a decline from 51 percent in the first year of Trump’s presidency.
The decline in pride of country among millennials is especially sharp and means the situation will become even worse before it gets any better. In the first year of Barack Obama’s second term, a majority of young people (55 percent) said they were proud of the United States. Now only a third of young Americans (33 percent) say they are proud.
A new survey by USA Today is just as troubling. Less than half of all Americans (42 percent) say they are proud of the U.S. and almost as many people (39 percent) say they aren’t.
Patriotism is pride and the Trump administration has undermined patriotism and pride of country by destroying fundamental values such as fairness and decency that make people proud to be Americans.
The crisis at the Mexican border illustrates the problem. Instead of asking Congress to pass reasonable comprehensive immigration reform legislation like his two predecessors, Barack Obama and George W. Bush did, Trump’s approach is to put kids into camps and take due process out of the Constitution. Trump’s plan is to build walls to separate people when he should build bridges to bring them together.
Trump’s warped idea of restoring American pride is to have a big Fourth of July military parade down Pennsylvania Avenue between the White House and Capitol Hill.
Why not? It works for Vladimir Putin. Every May Day, Putin presides over a massive display of military might every year on Red Square in Moscow. It’s a great day for an autocrat and a great way for a dictator to demonstrate his capability to hold democracy and freedom throughout the world in check through force of arms.
Trump loves to use the military as a political prop so he can show people he's a macho guy. Our armed forces have a proud history and they shouldn't be used to score cheap political points. His plan for a grandiose military parade and the tough talk about fire and fury doesn’t instill patriotism, it demonstrates the lack of confidence he and the American people have in democracy as a foreign policy.
The intent of the Founding Fathers was to change the world by exporting democracy. Trump’s foreign policy is to create American supremacy by pounding his chest and intimidating our democratic allies.
The Fourth of July should not be a military celebration. There was no significant military action on the first Fourth of July. That’s why we celebrate Memorial Day and Veterans Day to honor the sacrifices of members of our armed forces who gave of life up their lives and in many cases lost their lives to fight for our democratic way. These brave Americans fought because they believed in democracy not autocracy.
But July 4 was the start of a new political order that shaped our nation and shook the world. The holiday is a celebration of the Declaration of Independence and the phrase that made the document a clarion call for equality, “all men are created equal”. That phrase was battle cry for the fight to abolish slavery and the struggle to give women the right to vote. That simple sentence fundamentally changed American society and made people proud to be Americans.