Italian Police back Salvini for migration and security decree 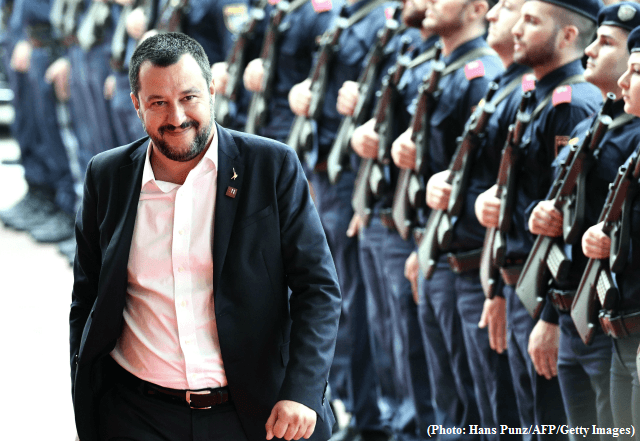 Italian police have praised the new migration and security decree drafted by interior minister Matteo Salvini, saying that the measures will work to better protect Italian policemen on the street, BreitBart reports.

National secretary of the FSP state police Valter Mazzetti commented on the new measures saying, “We welcome the decree,” adding that the proposals were a path towards reversing “the tendency to always be ‘against’ the cops”, Italian newspaper Il Giornale reports.

The new security decree has many elements to restrict the operations of migrant transport NGOs, but also contains several measures aimed at protecting police including introducing more severe penalties for those who attack officers during demonstrations or other events such as concerts and sporting events.

Any individual caught launching various weapons such as rockets, flares, fireworks, firecrackers, and other items including clubs and sticks will also face one to four years in prison.

Mazzatti added that police officers across the country were often victims of violence saying: “Every year costs us hundreds of injured officers, because uniforms are targets of gratuitous aggression, only for what they represent, only because they do their duty.”

“The incredible misunderstanding is too widespread that those who dress in the uniform are required to take blows, insults, and offences of every kind, and are obliged to,” he added.

The new migration and security decree was given the green light by the Italian Council of Ministers earlier this week and comes after Salvini and his League party won a historic election victory during the European Parliament elections last month.

Following the election result, Salvini announced that he would be pursuing a more hardline domestic agenda and would push for policies that had been previously ejected by the Five Star Movement, his coalition partner.

Salvini’s change in course has led to instability within the partnership with some predicting that the life of the coalition could be limited as some have claimed Italian President Sergio Mattarella could dissolve the parliament as soon as July.