Over 160 tanks and armored vehicles arrive for Russian Army and Airborne Force
Read: 878

Russia welcomes US plans to reduce troop size in Afghanistan to 4,000
Read: 605 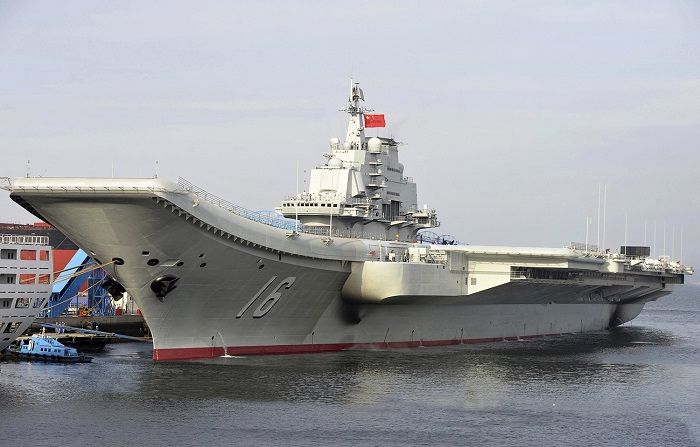 China’s military recently carried out air and naval drills along its southeast coast, the Defence Ministry said on Sunday, following the latest arms sales from the United States to self-ruled Taiwan, which China claims as a renegade province,

In a brief statement, and without giving an exact geographical location, the ministry said that the People’s Liberation Army had in “recent days” held the exercises.

“These drills were routine arrangements in accordance with annual plans for the military,” it said, without elaborating.

China’s southeast coast is one of the country’s most sensitive regions as it faces Taiwan across the narrow Taiwan Strait. China deems democratic Taiwan to be a wayward province, to be taken by force if needed.

On Friday, China said it would impose sanctions on U.S. firms involved in a deal to sell $2.2 billion worth of tanks, missiles and related equipment to Taiwan, saying it harmed China’s sovereignty and national security.

That announcement came as Taiwan President Tsai Ing-wen was visiting New York on a transit stop to diplomatic allies in the Caribbean, a trip that has also infuriated Beijing, further straining Sino-U.S. ties already affected by a bitter trade war.

In a statement on Sunday, Taiwan’s Presidential Office cited National Security Council Deputy Secretary-General Tsai Ming-yen as saying President Tsai had spoken by telephone with U.S. House Speaker Nancy Pelosi while she was in the United States and met with other senators and members of Congress, without naming them.

President Tsai said Taiwan and the United States can both forge even closer ties, and also thanked the United States for “the importance it attaches to the security of the Taiwan Strait” and the recently announced arms sale, the statement said.

President Tsai also promised the United States that in the future in the Indo-Pacific region, Taiwan will continue to play a responsible partnership role, and defend democratic values and peace and stability in the region with like-minded countries, the statement added.

Tsai has repeatedly warned of the threat from its giant neighbor China and has vowed to defend Taiwan’s security, democracy and way of life.

China has in recent years stepped up its military drills around Taiwan, including regularly flying what Beijing calls “island encirclement” exercises and sending warships into the waters around Taiwan.