“A sentence for life in a hostile jail, hard, inhumane” - Mexican President on El Chapo's arrest 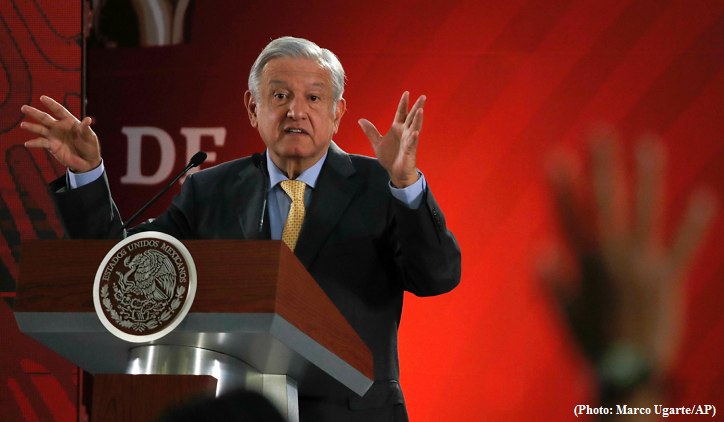 In a press conference on Thursday, López Obrador said that “a sentence for life in a hostile jail, hard, inhumane” makes it futile to continue living, according to Reuters.

At the same time, the president said that he is mindful of the harm that Guzman - the former leader of the Sinaloa drug cartel - unleashed through his crimes.

“I also have many victims in mind,” he said. “It’s something very painful.”

López Obrador said he is determined to reduce the epidemic of violence that cartels have caused in Mexico, which sees thousands of murders each month. More than 30,000 people were killed in Mexico last year.

When asked if Guzman’s sentence will lead to more violence, López Obrador said he expects just the opposite.

“We think that bit by bit the number of criminal incidents will decline,” he said, adding, “We will continue to create a better society, supported by values, that is not based on accumulating material wealth, money or luxury.”

On Wednesday, Guzman was sentenced to life in jail plus 30 years after an 11-week trial. The drug lord was ordered to forfeit $12.6 billion, which his cartel was said to have made from distributing drugs throughout the United States.

“These resources, these assets legally belong to Mexico and the matter will be considered on a legal basis,” López Obrador said. “I believe that the United States will agree.”