IEPF President made statement on rights of refugees and IDPs in Geneva | Eurasia Diary - ednews.net

India is ready to abandon the Su-57 and focus on buying the American F-35s
Read: 334 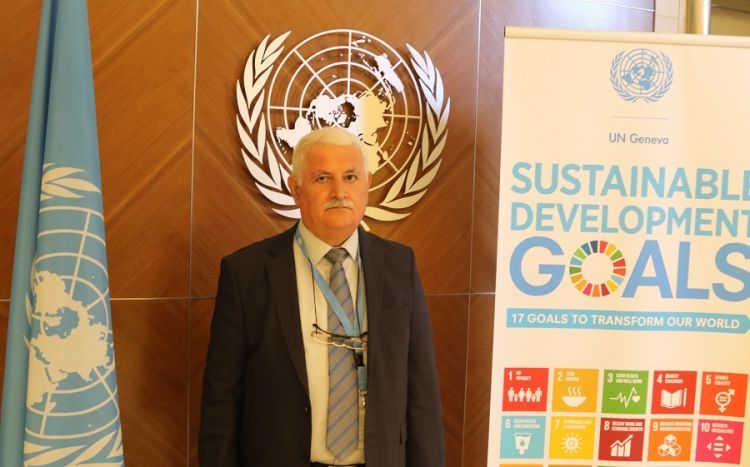 The statement of International Eurasia Press Fund (IEPF) was delivered in the 42nd Regular Session of Human Rights Council in Geneva.

The President of IEPF Umud Mirzayev said in a statement that the UN Human Rights Council has not confirmed the rights of internally displaced persons forced to flee from the occupied territories as a result of the Armenian aggression against Azerbaijan. He said that the human rights protection mechanisms are not applied to the rights of refugees and IDPs, and it strengthens the position of the aggressive state.

Eurasia Diary presents the full context of the speech.

I am very glad to have the opportunity to speak at this session on human rights, as this issue has particular importance to me.

Over the past 27 years, my country Azerbaijan has been faced with a situation in which the rights of more than one million and 200.000 refugees and internally displaced persons are unjustly ignored by the international community. In 1989, more than 300,000 ethnic Azerbaijanis who used to live in Armenia were brutally and forcibly deported to Azerbaijan. Moreover, since the beginning of the Armenia-Azerbaijan Nagorno-Karabakh conflict, and the occupation by neighboring Armenia of 20% of the territory of Azerbaijan, including Nagorno-Karabakh and 7 surrounded areas, Azerbaijan has faced a problem of large-scale internal migration. Until now, these people cannot return to their native lands. Already the second generation has formed with the status of a refugee or IDP. All this is a direct example of a brutal violation of human rights.

This is the result of the fact that throughout the entire period Armenia has ignored all the principles of international law and the UN global charter of human rights. Four resolutions adopted by the UN Security Council on the liberation of the occupied territory and the immediate withdrawal of the occupying forces are still not implemented by Armenia.

The mechanisms for protecting human rights that we are discussing here, today, bypass the rights of refugees and internally displaced persons, which in turn strengthens the position of the aggressor who in this situation is Armenia.

The mechanisms of the UN Human Rights Council do not exert due pressure on the aggressor and do not defend the rights of those whose rights have been severely violated. These rights are simply being ignored. Is it really impossible to exert pressure and support the rights of people to return to their original lands over so many years?

Most of my relatives were forcibly deported at the beginning of the occupation policy of Armenia against Azerbaijan, and me, personally, suffered from this war. Since the beginning, our organization, International Eurasia Press Fund, has always advocated for the protection of the rights of refugees and internally displaced persons, as well as for the quick resolution of the conflict and the peace promotion. We fight for justice and earnestly ask the UN Human Rights Council to pay due attention to the existing problem, to the suffering of innocent people, to the number of mutilated lives.

Thank you for understanding!