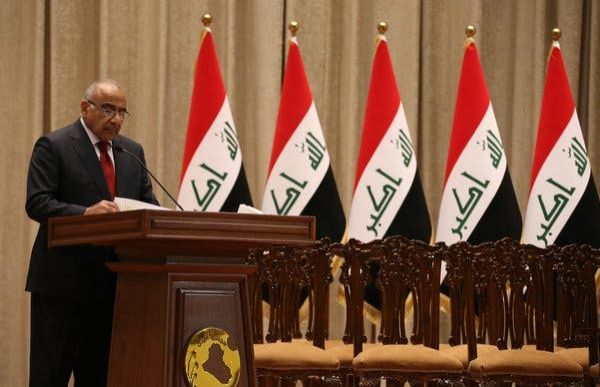 Prime Minister Adel Abdul-Mahdi announced on Saturday the formation of a high commission of inquiry to fully investigate the incidents that occurred during Iraq’s demonstrations and led to the death of 165 protestors and the injury of thousands, including members of the security forces.

The committee should also look into the abuse that took place on public and private property and the storming of the headquarters of media channels and parties to uncover the parties and people involved in these events and take legal action against them.

Last Friday, the Supreme Religious Authority in Najaf had held the government responsible for the attacks that happened during demonstrations.

The authority called on the cabinet to conduct an urgent investigation into the attacks and announce the results.

The PM's office said in a statement issued Saturday that the committee was formed in response to Friday's sermon of the Supreme Religious Reference and to complement the ongoing investigations into the incidents that occurred during the demonstrations.

The committee includes the competent ministries and security services and representatives of the Supreme Judicial Council, the House of Representatives and the Commission on Human Rights.

The Committee shall complete its work within 7 days.

A judicial source told Asharq Al-Awsat that the Committee, which is headed by Iraqi Minister of Planning Nouri Sabah al-Dulaimi, should investigate with security officers and protestors who were involved in the physical abuses committed during the demonstrations. Those involve 286 people who are still in detention awaiting judicial procedures.

“All political parties should demand the resignation of the PM if the latter fails to bring to justice people who were responsible for killing and injuring thousands of demonstrators,” he said.