Peace, prosperity and stability in Azerbaijan is significant for the true realization of international projects and UN 2030 Agenda - Qaiser Nawab
Read: 989

'Multilateralism' a must in today’s world - FM Zarif 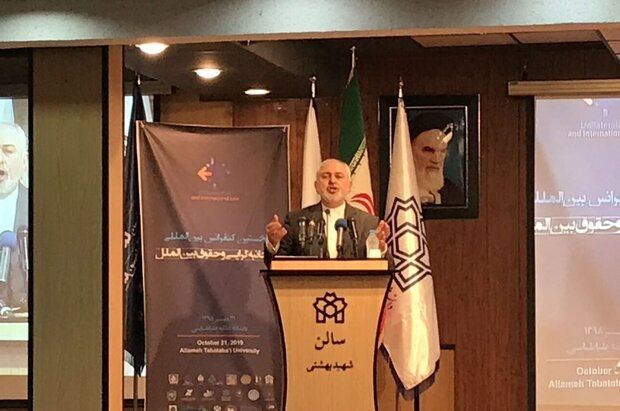 The Iranian foreign minister highlighted the crucial role multilateralism plays in today's world, saying the human community will not be able to survive unless it addresses the world's issues collectively, Eurasia Diary reports cititng Mehr News.

“Multilateralism has become a must for the human community, and the world cannot survive without taking multilateralism into consideration,” Mohammad Javad Zarif said while addressing the International Conference on “Unilateralism and International Law” which was held in Tehran on Monday.

The top diplomat slammed some western countries for their unilateral policies towards other nations, saying, “Neither do all the realities happen in the West nor can the West make every decision about the world’s developments.”

He stressed that Iran has always been steadfast in multilateralism since the world needs to collectively address the issues at the international arena.

The imposition of the will of a single power over all other nations is an existential threat for everyone, he added.

The Conference on “Unilateralism and International Law” opened at the venues of Tehran’s Allameh Tabataba'i University.

The international conference is envisaged to form four expert panels over different issues, including the need to deal with unilateralism in the domain of the International Law and fate of the international peace and security.