"It does not concern the Americans how we shape our energy policy - German Lawmaker | Eurasia Diary - ednews.net 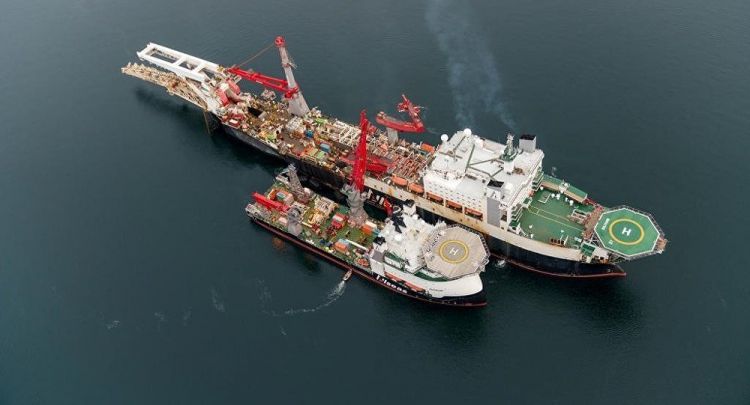 It will be necessary for Germany to consider countermeasures if the United States introduces sanctions against the Nord Stream 2 gas pipeline, according to Klaus Ernst, the head of the Bundestag's economy and energy committee, Eurasia Diary reports citing Sputnik News.

"It does not concern the Americans how we shape our energy policy. In that regard, these sanctioned with which we are threatened, are absolutely unacceptable. The Federal government must defend itself against that. If the sanctions are to hinder the pipeline's operation, it is necessary to think about countermeasures," Ernst said.

He proposed to raise tariffs on imported US gas, extracted by fracking. He also slammed the Ukrainian support of potential US sanctions.

"A country that has received and continues to receive significant political and financial support from the EU, but at the same time advocates extraterritorial sanctions of the US, which torpedo our earthy policy, calls this support into question", the lawmaker said.

In late November, the Defence News media outlet reported that the US planned to block the construction of the Russia-sponsored Nord Stream 2 natural gas pipeline by passing a defence bill that would extend sanctions on the project's European partners.

On Tuesday, US Under Secretary of State David Hale told the Senate panel that the United States might resort to sanctions to stop Russia’s Nord Stream 2 pipeline if its diplomatic campaign to persuade European leaders failed.

The Nord Stream 2 project is a joint venture between Gazprom and five European companies: France's ENGIE, Austria's OMV, the UK-Dutch Royal Dutch Shell, and Germany's Uniper and Wintershall. The 745-mile-long twin pipeline will carry up to 55 billion cubic meters (1.942 trillion cubic feet) of gas per year from Russia to Germany, passing through the territorial waters or exclusive economic zones of Denmark, Finland, Germany, Russia and Sweden.

The United States has been consistently trying to undermine the project, threatening everyone involved with sanctions, to promote its liquefied natural gas on the European market.