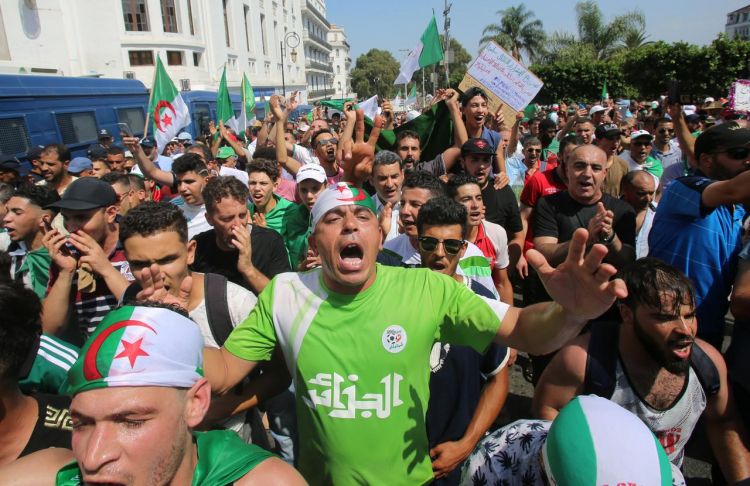 A vast crowd rallied in Algiers on the final Friday before a contentious presidential election as five of the candidates pariticipated in the country's first ever televised election debate, Eurasia Diary reports citing France24.

It is a crucial time for Algeria after nationwide pro-democracy protests forced ailing President Abdelaziz Bouteflika out of power in April. But the country’s 9-month-old mass movement believes the presidential poll is a sham and fear it will be rigged in favor of the old regime.

On Friday in central Algiers they chanted "We will not vote" and held aloft banners reading "The people are fed up."

The army, the major force within the Algerian state, sees the Dec. 12 election of a new president as the only way to
restore normality. The leaderless opposition movement casts the election as pointless if the ruling hierarchy, including the army, continues to wield power, and wants it put off until more top officials step aside and the military quits politics.

"We will stick to our position. We don't care about next Thursday. We need change," said post office employee Aissa Baha’i, 32.

As the last protesters were still leaving, state television began broadcasting a debate between the five men running for president, all of whom are former senior officials.

Some people were watching in Algiers cafes, though others were showing a soccer match, including some protesters who rejected it as political theatre.

"These candidates are part of the same system. They don't have new ideas. It's a shame," said Mohamed Tabi, a taxi driver.

The first question was about Algeria's political system, and candidates tried to mollify the opposition.

One candidate, Abdelaziz Belaid, said he would hold a referendum to change the constitution and another, Abdelmadjid Tebboune, said he would grant all the freedoms sought by the protesters.