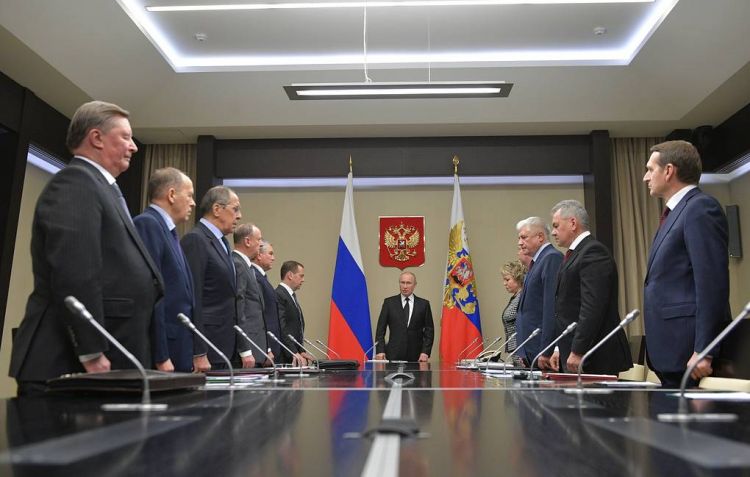 President Vladimir Putin has held a meeting with permanent members of the Russian Security Council to inform them about his meetings during the Normandy Four summit in Paris on December 9, Kremlin spokesman Dmitry Peskov told reporters on Thursday, Eurasia Diary reports citing Tass News.

"The president informed participants in the meeting about the talks he had during the Normandy Four summit in Paris and about bilateral meetings with the presidents of France, Ukraine, and the German federal chancellor," the spokesman said.