An artillery attack on a second US military convoy in Syria
Read: 934 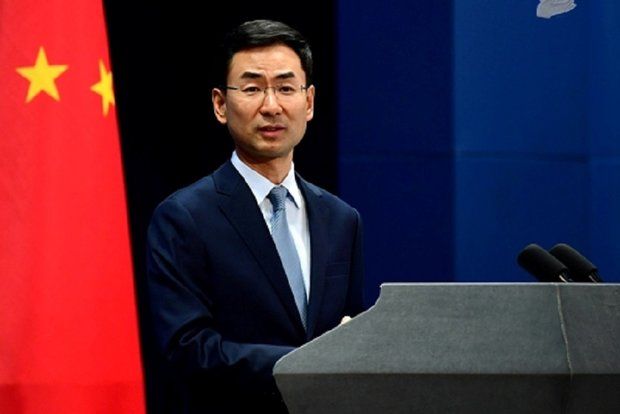 Chinese Foreign Ministry’s official spokesman Geng Shuang said on Monday that the United States has turned into the biggest actor of espionage in the cyberspace, while also calling it the ‘empire of hackers’, Eurasia Diary reports citing Mehr News.

The statement came in response to a question about media reports that US intelligence used the Swiss company Crypto AG's encoding devices to spy on other countries.

"Facts have proven time and again that as the largest state actor of espionage in cyberspace, the US is worthy of the name of "empire of hackers". The sky's the limit with the US when it comes to spying," Tass quoted the diplomat as saying.

"The US, on the one hand, has been collecting nearly five billion mobile phone call records across the globe on a daily basis, eavesdropping on German Chancellor Angela Merkel's cellphone conversations for more than a decade, controlling over 3 million Chinese computers and implanting Trojan Horse in more than 3,600 Chinese websites on an annual basis," Geng Shuang continued. "It is a tawdry trick that while doing so, it keeps playing victim of cyber attack, like a thief crying ‘stop thief.’ Its hypocrisy on the issue of cybersecurity could not be clearer."

"The dust has yet to settle over WikiLeaks and [former NSA contractor Edward] Snowden revelations. Explanations are still owed. Now the Crypto AG incident adds another to the tally, one more thing for the US to clarify to the world," he said.

According to a joint journalistic inquiry by SRF (Swiss TV) program 'Rundschau', Germany’s ZDF broadcaster and the Washington Post, the US Central Intelligence Agency (CIA) and the BND (German Federal Intelligence Service) secretly purchased a stake in Swiss company Crypto AG in Zug. At that point, Crypto AG was among the leading global companies manufacturing encoding devices. But those devices were rigged to give US and German special services an opportunity to crack codes.

As a result, those intelligence agencies got an opportunity to spy on more than 100 nations, including Egypt, Libya, Iran, Argentina, and Saudi Arabia. The demand for those devices was high, given Switzerland’s reputation of a neutral country. According to Rundschau, high-ranking Swiss intelligence officers were aware of the role that Germany and the United States played in Crypto AG.