Russian fighter jet shot down two additional US drones near Khmeimim air base in Syria
Read: 883

Russia plans to expand its military bases in Syria
Read: 495 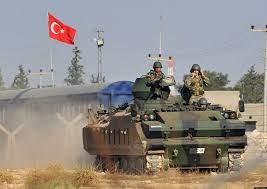 “According to preliminary data, no one died in the explosion at the (enterprise – Ed.) Roketsan,” Demir wrote on his Twitter page, reports TASS.

However, it became known that three people were injured in the explosion.

As the Hurriyet newspaper in turn informed, the explosion occurred at a factory located in Elmadag County in Ankara Province. According to the agency Demiroren, at least three people were injured as a result of the emergency.

Roketsan Roket Sanayii ve Ticaret A.S. is a major Turkish weapons manufacturer and defense contractor based in the central Anatolian province of Ankara.