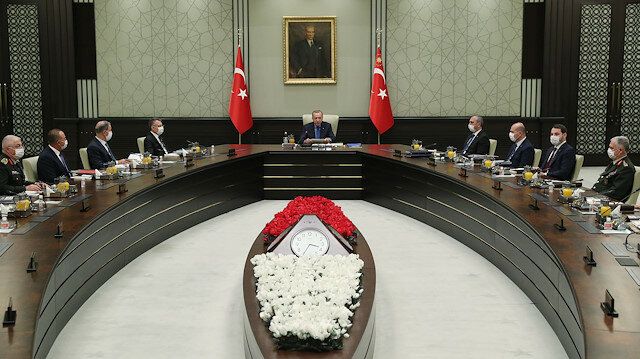 Turkey will continue protecting its rights and interests in the Mediterranean without any compromise, the country’s National Security Council said on Tuesday, EDNews.net reports citing Yeni Safak.

“Negative approaches of some actors, who met on the common ground against Turkey, regarding Turkey’s legitimate and legal steps in the Mediterranean were evaluated, and it is stated that protection of our country's rights and interests in land, sea, and air will continue without any compromise,” the council, headed by President Recep Tayyip Erdogan, said in a statement issued following its meeting.

Turkey is a guarantor nation for the Turkish Republic of Northern Cyprus (TRNC) and has consistently contested the Greek Cypriot administration's unilateral drilling in the Eastern Mediterranean, asserting that the TRNC also has rights to the resources in the area.

In 1974, following a coup aimed at the annexation of Cyprus by Greece, Ankara had to intervene as a guarantor power. In 1983, the TRNC was founded.