Ex-PM Medvedev speaks about his relations with Putin
Read: 474 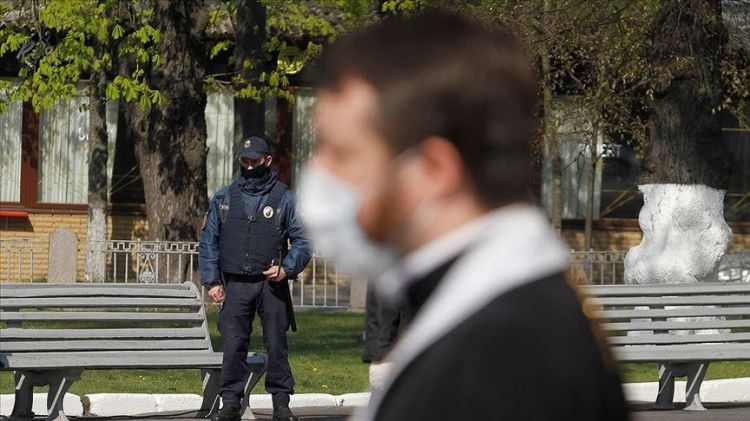 In Armenia, 697 more people were confirmed to have contracted COVID-19, bringing the total to 11,221.

Also, a total of 11,042 people have recovered from the virus.

In Kazakhstan, the number of cases rose by 271, bringing the total to 12,067, according to the Health Ministry.

Meanwhile, 5,779 are still under treatment.

Some 47,000 people are being kept under medical surveillance in the country as 844 are still receiving treatment.

Kyrgyzstan reported 28 new cases, bringing the country’s total to 1,899. The number of recoveries reached 1,292 over the past day, according to Deputy Health Minister Nurbolot Usenbayev.

Georgian government said that the number of COVID-19 cases rose to 804 with the detection of one fresh case, while the number of recoveries was 644 over the past day.

The death toll in the country hit 13.

Four more patients died in Moldova, raising the death toll to 314, while the number of cases increased to 8,795, according to the Health Ministry.

The number of recoveries climbed to 5,009, as 146 patients were discharged from several hospitals.

A total of 30 more COVID-19 cases were confirmed in Moldova’s autonomous region of Gagauzia in the last 24 hours, bringing the total to 535.

Over 6.53 million cases have been reported in 188 countries and regions since the virus emerged in China last December.

The US, Brazil, and Russia are currently the hardest-hit countries in the world.

According to the World Health Organization, Latin America has become the “red zone” of coronavirus transmissions in the world, as four of the 10 countries with the highest number of COVID-19 cases are located in the region.

The pandemic has claimed nearly 386,400 lives worldwide, while recoveries are now close to 2.81 million, according to figures compiled by the US’ Johns Hopkins University.