daily news
Ambassadors of Turkey and Pakistan to Azerbaijan meet
Official talks on Cyprus only after both sides recognized as equal
Probe finds Israeli strikes in Gaza 'could be a war crime'
Collective security vital in Iran's regional policy doctrine
Azerbaijani, Saudi Arabian FMs discuss bilateral relations
About 650 troops to remain in Afghanistan after US completes pullout
16th round of Astana talks on Syria to be held July 7-8
Azerbaijan is strategic partner for Romania - FM
﻿

The refusal of Kocharyan-Sargsyan blocs to recognize results of elections is tactical character - Expert
Read: 421

Friendship and brotherhood between Azerbaijan and Turkey nations are our greatest wealth - Parliament Speaker
Read: 269 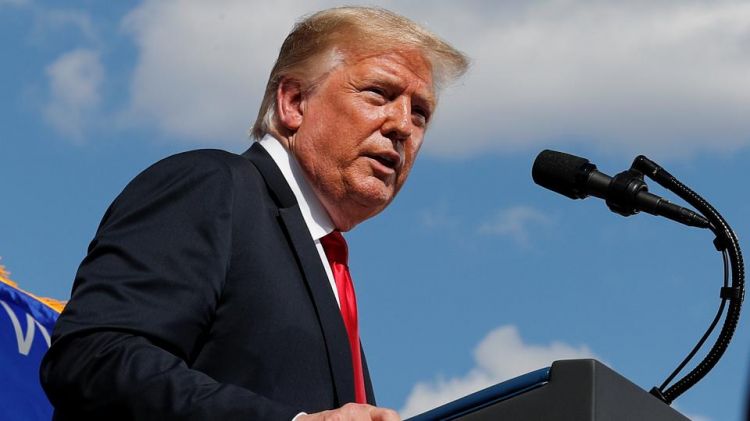 Iran had earlier issued an arrest warrant for the US president and dozens of others it believes carried out the US drone strike that killed a top Iranian general in Baghdad. Iran asked Interpol for help in detaining  Trump and others, a local prosecutor reportedly said on Monday.

Interpol issued a statement saying its guidelines for notices forbids it from “any intervention or activities of a political” nature.

Interpol “would not consider requests of this nature,” it said.

The charges underscore the heightened tensions between Iran and the United States since Trump unilaterally withdrew America from Tehran's nuclear deal with world powers.

Alqasimehr did not identify anyone else sought other than Trump but stressed that Iran would continue to pursue his prosecution even after his presidency ends.