Azerbaijan has right to use its armed forces to take back its legally acknowledged territory - British journalist
Read: 282 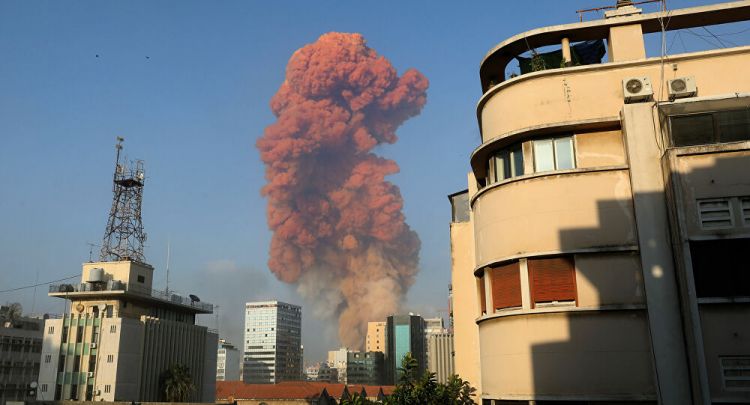 A devastating blast in the port of the Lebanese capital of Beirut killed at least 163, injured thousands and destroyed the port itself as well as some 6,000 buildings in the vicinity. The catastrophe has caused protests in the country, after which the entire Lebanese government announced its resignation, EDNews.net reports citing Sputnik.
The Lebanese president and prime minister were both warned last month about the danger posed by some 2,750 tonnes of ammonium nitrate that had been stored in Beirut's port, Reuters reported.
Reuters cited a report by the General Directorate of State Security, which referred to a private letter sent to President Michel Aoun and Prime Minister Hassan Diab on 20 July. According to an unnamed senior security official, cited by Reuters, the letter summed up the results of an investigation that concluded that chemicals stored in Beirut's port needed to be "secured immediately".

There was a danger that this material, if stolen, could be used in a terrorist attack,” the official told Reuters. “At the end of the investigation, Prosecutor General (Ghassan) Oweidat prepared a final report which was sent to the authorities".

Despite security officials warning that "it could destroy Beirut if it exploded", Aoun, confirming that he had been informed of the dangerous material, on Friday denied responsibility for the horrific tragedy, insisting instead that he ordered the secretary general of the supreme defence council "to do what's necessary". According to him, the president did not have authority to deal directly with the port.

The letter cited in the security report allegedly followed a series of memos to local courts from port, customs and security officials demanding that the ammonium nitrate be removed to a location far from the city. The exact number of requests was not provided in the report.

“But until now, no decision has been issued over this matter. After consulting one of our chemical specialists, the expert confirmed that this material is dangerous and is used to produce explosives,” the General Directorate of State Security report said.

According to the report, hazardous explosive materials had been requested to be transmitted to the army. However, the army refused to accept the cargo, suggesting that "chemicals be transferred or sold to the privately-owned Lebanese Explosives Company".

In January, Reuters said, a judge launched an official investigation into why Hangar 12, where the chemicals were stored, had a hole in the wall and one of its doors was dislodged. Prosecutor General Oweidat “gave orders immediately” to repair the holes, following which port authorities were directed to provide guards to Hangar 12 and fix the southern wall.

The maintenance started and (port authorities) sent a team of Syrian workers (but) there was no one supervising them when they entered to fix the holes,” the security official said.

Sparks caused during the work ignited the fire, which quickly spread to the highly-explosive materials.

“Only because the hangar faces the sea, the impact of the explosion was reduced. Otherwise all of Beirut would have been destroyed,” the security official said. “The issue is all about negligence, irresponsibility, bad storage and bad judgment.”

After the cataclysmic blast in the port of Beirut, which killed at least 163 and injured thousands, while destroying an estimated 6,000 structures in the vicinity, the entire Lebanese government announced its resignation, following massive protests in the country's capital.