The similar destinies of Cyprus and Karabakh in the globalised world
Read: 317 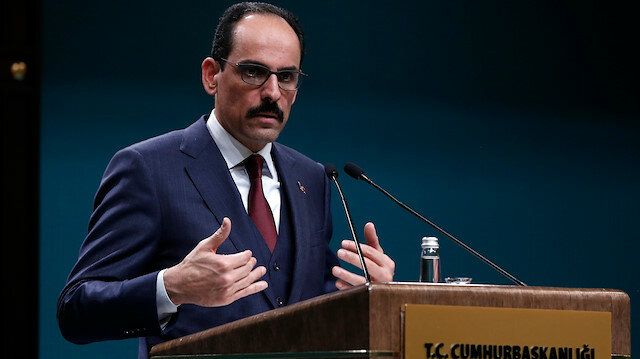 A senior Turkish official on Monday repeated the country's position that a peaceful resolution of disputes in the Eastern Mediterranean is possible, Yeni Safak reports.

"Inclusive and rational approaches based on fairness will contribute constructively. Turkey has no designs on anyone's land but is determined not to allow anyone to be unfair," Presidential Spokesman Ibrahim Kalin said on Twitter.

Kalin underlined that as a strong actor, Turkey will always protect its rights and interests both on the table and in the field under the leadership of President Recep Tayyip Erdogan.

He urged Greece and the EU countries to take mutual steps and not to waste the chance for diplomacy.

Tensions in the region have been high since Turkey resumed energy exploration in the Eastern Mediterranean last month, after Greece and Egypt signed a controversial maritime delimitation deal, spurning Ankara’s goodwill gesture of halting a previous search.

Amid tensions over the Mediterranean territory and energy exploration, Turkey has repeatedly stressed its willingness to start negotiations without preconditions, in contrast to Greece's refusal in recent weeks to enter dialogue through both NATO or the EU.

On Sunday, Greece's prime minister said he is ready to talk to Erdogan if tensions between the two countries eased.

Ankara has consistently opposed Greece's efforts to declare an exclusive economic zone based on small islands near Turkish shores, violating the interests of Turkey, the country with the longest coastline in the Mediterranean.

The country has also said energy resources near the island of Cyprus must be shared fairly between the Turkish Republic of Northern Cyprus and the Greek Cypriot administration.