Azerbaijan's liberation of its own territories destroys the previous order in the South Caucasus - Expert
Read: 433

"I can no longer see France, which shines in all its glory" - A moral lesson from a French Muslim woman to Macron
Read: 429

President spoke about how he proved to the world that Karabakh is our historical land in his address to the nation
Read: 344

"The beauty of Karabakh is felt when it is united with Azerbaijan" - Umud Mirzayev - VIDEO
Read: 313 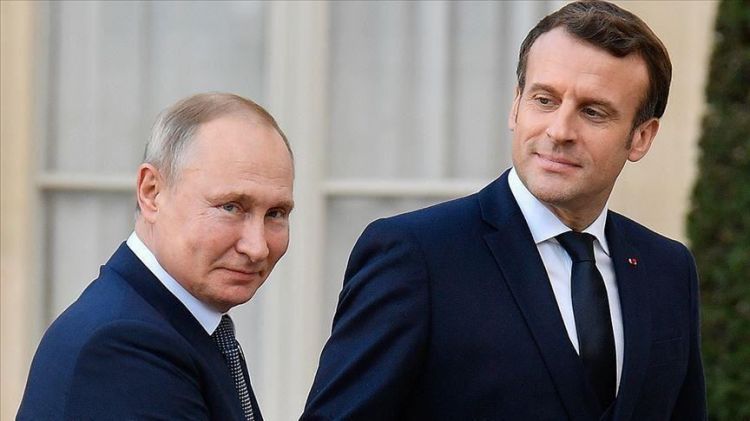 Russian President Vladimir Putin spoke by phone Wednesday with his French counterpart Emmanuel Macron on the situation in the occupied Upper Karabakh region, Anadolu Agency reports.
Putin and Macron expressed concern over the growing tensions in the region, the Kremlin said in a written statement.
The statement added that the two leaders called on the opposing sides to implement an immediate and full cease-fire, de-escalate tensions and show maximum restraint.
They also underlined that the conflict should be resolved by diplomatic means, it said.
Border clashes broke out Sunday after Armenian forces targeted Azerbaijani civilian settlements and military positions.
Relations between the two former Soviet nations have been tense since 1991, when the Armenian military occupied Upper Karabakh, an internationally recognized territory of Azerbaijan.
Four UN Security Council and two UN General Assembly resolutions as well as many international organizations demand the withdrawal of the occupying forces.
The OSCE Minsk Group -- co-chaired by France, Russia, and the US -- was formed in 1992 to find a peaceful solution to the conflict, but to no avail. A cease-fire, however, was agreed upon in 1994.
The EU, Russia and NATO, among others, have called for an immediate halt to the clashes along the frontier.