Turkey Coordinates with Russia to Protect its Forces in Northern Syria 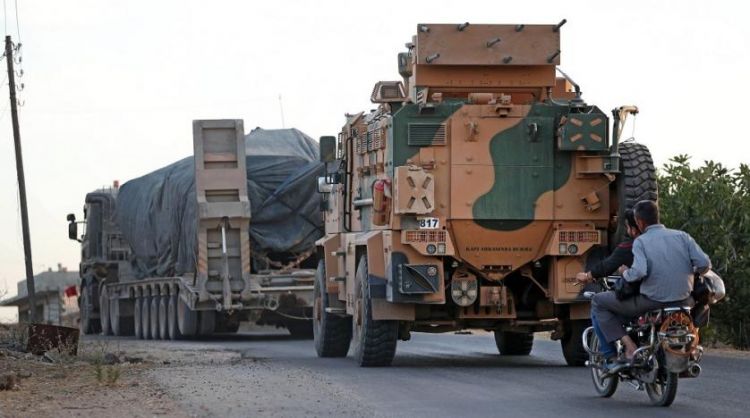 Turkey stressed that it has taken all the necessary measures to protect its forces deployed across its observation posts in the northwestern Syrian province of Idlib, Eurasia Diary reports citing Asharq Al-Awsat.

In a statement on Saturday, its defense ministry announced that developments in Idlib are being closely monitored in coordination with Russia in wake of the dismantling of observation points in regime-held areas in Hama and the eastern Idlib countryside. The forces were deployed in southern Idlib.

This was the first official remark by Turkey after it withdrew its troops from the military observation point in Morek city towards Zawiya Mountain. The move had sparked speculation that the development may have been a result of pressure from Moscow on Ankara.

A delegation from Turkey visited Moscow on Thursday to discuss Syria and the coming days will reveal whether a new Turkish-Russian agreement has been struck on Idlib.

Despite the withdrawal, Ankara dispatched military reinforcements to the military base near Qoqfin hill in the southern countryside of Idlib.

Separately, at least 168 armed members of Iran’s Revolutionary Guard Corps (IRGC) and its affiliated factions have arrived at the de-escalation zone in Idlib, Anadolu Agency reported.

Some 75 IRGC members passed through Iraq and entered Syria to join the Syrian army in Idlib, it added.

“The Iranians joined 93 armed elements from the terrorist groups and Syrian militias in Deir Ezzor province in eastern Syria,” it reported.