Moscow warned the US not intervene in the internal affairs of Russia | Eurasia Diary - ednews.net

Apophis meteor will gently pass by Earth tonight - experts warn it could collide with our planet in future
Read: 5971

Not a single Armenian will live in Karabakh - Time is in our favour
Read: 314

Egypt understands that it is impossible to isolate Turkey in Eastern Mediterranean - Expert
Read: 283 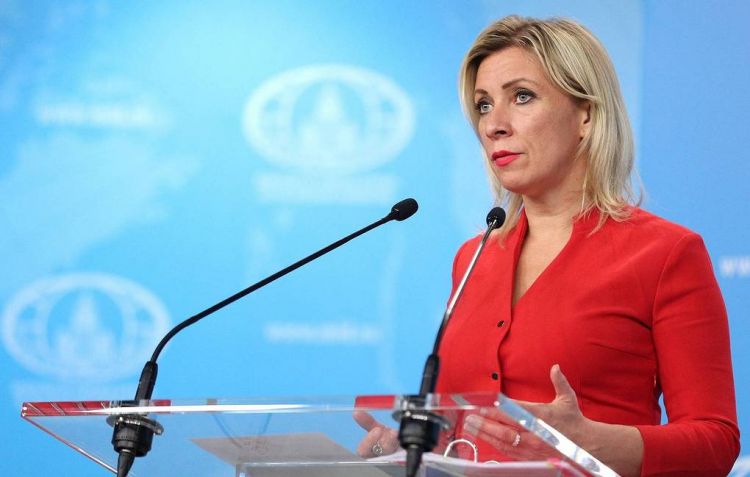 Russia’s foreign ministry will respond to the commentaries by US diplomats about the January 23 unauthorized rallies in Russia, Russian Foreign Ministry Spokeswoman Maria Zakharova said on Sunday.

"Naturally, we will respond to it," she said in an interview with the Voskresny Vecher (Sunday Evening) with Vladimir Solovyov program on the Rossiya-1 television channel.

According to Tass News, she recalled that the Russian foreign ministry had already warned that "American diplomats will have to provide explanations to the foreign ministry for the conduct of the US embassy in Moscow and for the statements from the Department of State."

"But we will continue to address this matter because it is just the tip of an iceberg - what was published by the US official structures, the recommendation given by foreign ministries of some Western countries," she stressed.

According to Zakharova, this situation has deep roots, including information roots. She noted that year ago the United States "launched a crusade allegedly against fakes." "But if you access an American digital platform, a network or a host site, they will offer to watch materials, even if you don’t want it, calling for illegal protests, hyping fakes, and so on. But you will never find any official refutation from the Russian side. And it is being done deliberately," she said.

On Friday, the US embassy in Russia posted on its website information about the time and location of unauthorized rallies in Russian cities on the following day. The Russian foreign ministry said on the same day such actions were far beyond the limits of concern for American citizens in Russia. On Saturday, Zakharova warned that US diplomats would have to provide explanations to the Russian foreign ministry about announcing "the routes of protests.".