Proposal of great aid package by EU to Armenia, not to Azerbaijan whose territory was subjected to occupation, is not understandable - Farid Shafiyev
Read: 260

Azerbaijan, Turkey and Pakistan will continue to strengthen the partnership in defence and security - Ambassador
Read: 226 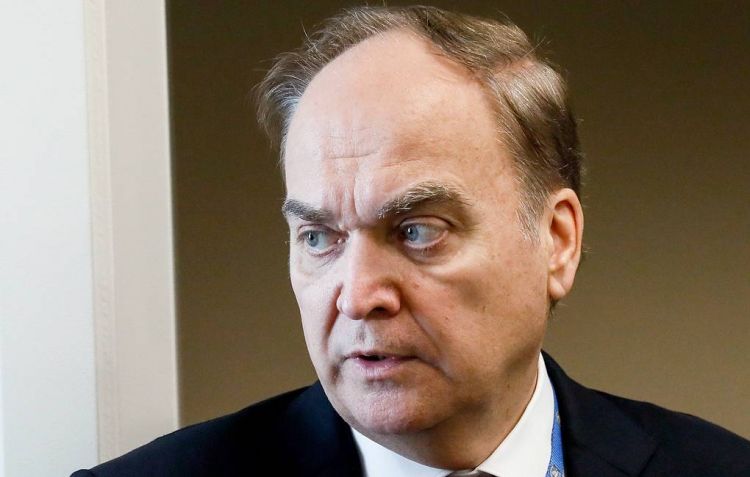 The US administration’s policy on the Nord Stream 2 pipeline project is an example of unfair competition on the global market, Russian Ambassador to the United States Anatoly Antonov said in an interview with RT America, Eurasia Diary reports citing Tass.

"It seems to me, with due respect to our American friends and this administration, that <…> it’s unfair competition on international markets, and we don’t want to see such methods and we are against this," the ambassador said.

He expressed hope that the United States would eventually realize that Nord Stream 2 is a purely economic project.

Wall Street Journal said, citing own sources, that Washington and Berlin have come to an agreement regarding Nord Stream 2, and will make the announcement on Wednesday, July 21. According to the paper, the US administration will waive its policy of opposing the pipeline. Germany, in turn, will assume the responsibility of helping Ukraine in energy projects and diplomacy.

Bloomberg reported earlier on Tuesday that the United States and Germany were close to reaching agreement on Nord Stream 2. The agreement is expected to envisage German sanctions against Moscow if the German government thinks that Moscow uses the pipeline for putting pressure on Ukraine.

Nord Stream 2 remains a thorny issue in relations between the United States and Germany. The German government has repeatedly said the project must be completed. Berlin views Nord Stream 2 as an economic project, but insists that Ukraine must retain its role of a transit state for Russian Gas. Washington has repeatedly opposed the project and attempted to block it. Germany and the United States are negotiating the issue behind closed doors, and details of these talks are unknown. US President Joe Biden and German Chancellor Angela Merkel addressed the matter in Washington last week.

Russia repeatedly stressed that Nord Stream 2 is a commercial project and is being implemented jointly with European partners.