US should not have stayed in Afghanistan after the killing of Osama Bin Laden - ednews.net 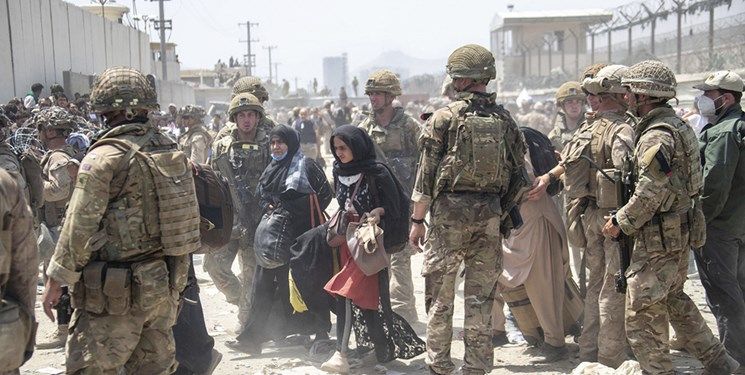 The president marked the 20th anniversary of the September 11, 2001 attacks by traveling to all three sites where the hijacked planes crashed, The Hill reported.

During an informal gaggle at an event in Shanksville, Pa., Biden was asked on Saturday if he felt this 9/11 was a “new phase” since there are no longer US troops in Afghanistan.

The president agreed, adding the US should not have stayed in Afghanistan after the killing of Osama Bin Laden.

“Could Al-Qaeda come back? Yeah. But guess what, it’s already back other places. What’s the strategy? Every place where Al-Qaeda is, we’re going to invade and have troops stay in? C’mon,” the president told pool reporters.

The US troop withdrawal from Afghanistan was marred by a quick takeover of the Afghan government by the Taliban. Following the insurgent group's consolidation of power, thousands of American citizens, Afghan allies and foreign nationals rushed to Kabul international airport to flee in the impending regime.

The Taliban's takeover prompted the US to evacuate hundreds of thousands of people from the area with an increased troop presence. Amid the commotion, a suicide bomber believed to be affiliated with Daesh (ISIL or ISIS) detonated an explosive near the airport that killed 13 American service members.

The US later withdrew all of its military by Biden's August 31 deadline.

The president acknowledged many Americans wanted to get out of Afghanistan but didn’t like the way the withdrawal was executed.

“It’s hard to explain to anybody, how else could you get out,” Biden noted.

“For example, if we were in Tajikistan and pulled up a C-130 and said we’re going to let, you know, anybody who was involved with being sympathetic to us to get on the plane, you’d have people hanging in the wheel well. C’mon,” he added.

The president’s remarks defending the Afghanistan withdrawal come as his predecessor, former President Donald Trump, knocked the withdrawal on Saturday in his 9/11 video address.

“The leader of our country was made to look like a fool, and that can never be allowed to happen. It was caused by bad planning, incredible weakness and leaders who truly didn’t understand what was happening,” Trump said on the anniversary of 9/11.

“This is the 20th year of this war and should have been a year of victory and honor and strength. Instead, Joe Biden and his inept administration surrendered in defeat,” he added.

Biden was criticized by both Republicans and Democrats for his administration's approach to the military withdrawal.

On the 20th anniversary of 9/11, the Taliban raised their flag over the presidential palace.