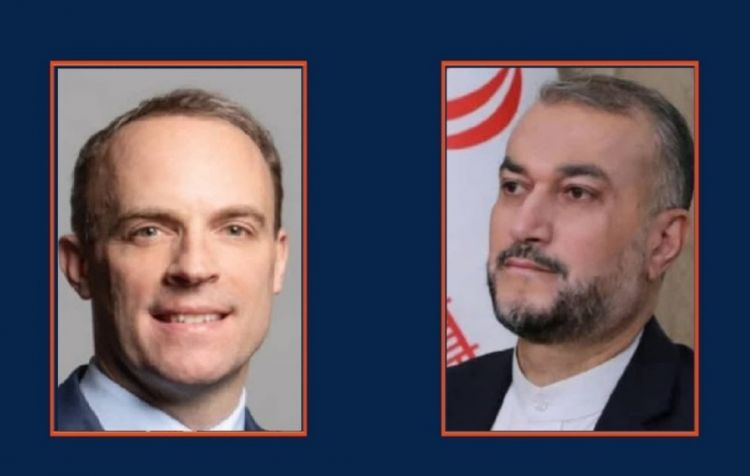 In his phone talks with British FM, the Iranian Foreign Minister said that Iran expects all illegal sanctions against the country to be removed, calling for practical steps by the British government to build trust, Eurasia Diary reports citing Mehr News.

Congratulating Iranian Foreign Minister Hossein Amir-Abdollahian on his appointment, British Foreign Secretary Dominic Raab in a phone conversation expressed hopes that under the new government in the Islamic Republic of Iran, relations and exchanges between the two countries in different fields will be expanded based on mutual understanding.

During the phone call, the Iranian foreign minister expressed regret over the effects of the wrong policies of the US and some other western countries regarding Afghanistan, stressing that the establishment of security and stability in the country hinges on the establishment of an inclusive government with the participation of all ethnic groups, readiness for talks, avoiding violence, attention to people and also practical fight on terror.

Amir-Abdollahian touched on Iran’s hosting of some four million Afghan nationals over a period of more than four decades and reiterated the necessity for the international community to fulfill its common responsibility to prevent the new waves of asylum seekers and fight the supply of narcotics in a lasting manner.

The foreign minister also, in reply to comments by his British counterpart, stressed that the Islamic Republic of Iran expects all illegal sanctions against the country to be removed.

He said while the 13th administration [the administration of President Ebrahim Raeisi] is naturally in the process of consultations on how to continue the Vienna talks, it has reiterated that it will welcome negotiations that have tangible results and secure the rights and interests of the Iranian people.

The Iranian foreign minister also called for practical steps by the British government to build trust to address certain problems in mutual ties.

He underlined that the Islamic Republic of Iran will welcome constructive and practical steps taken by the UK.

Raab, in turn, said his country is practically committed to repaying its debts to Iran.

The top diplomats also exchanged views on key regional and international developments and agreed to continue their talks on the sidelines of the annual UN General Assembly meeting in New York.

It is worth mentioning that, Raab had earlier also sent a message to Amir-Abdollahian to congratulate him on securing a vote of confidence and taking the helm at the foreign ministry