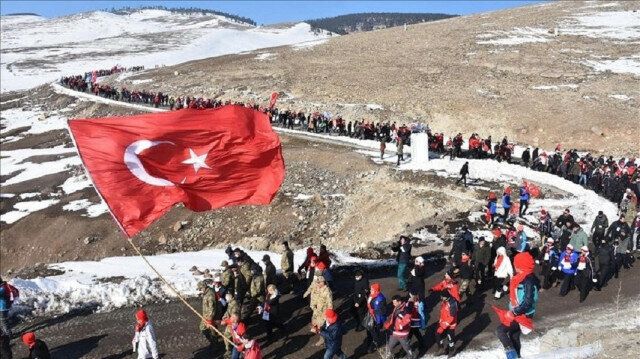 Thousands of people marched on Sunday in eastern Turkey to honor fallen Ottoman soldiers who took part in the Battle of Sarikamis during World War I, Yeni Safak reports.

Tens of thousands of Ottoman soldiers, led by Enver Pasha, died during the Battle of Sarikamis from December 1914 to January 1915, when they launched an attack near the eastern city of Kars to liberate the Ottoman territories under the Russian occupation.

Thousands of people from different parts of the county gathered in the district of Sarikamis, located in present-day Kars province, to honor the fallen soldiers.

Speaking at the ceremony, Akar praised the heroism and sacrifices of the soldiers of Sarikamis.

Their legacy is still alive and serves as an inspiration to achieve more for the country's future, he said, adding that the Turkish Armed Forces are a credible and deterrent force acknowledged by the world, Akar added.