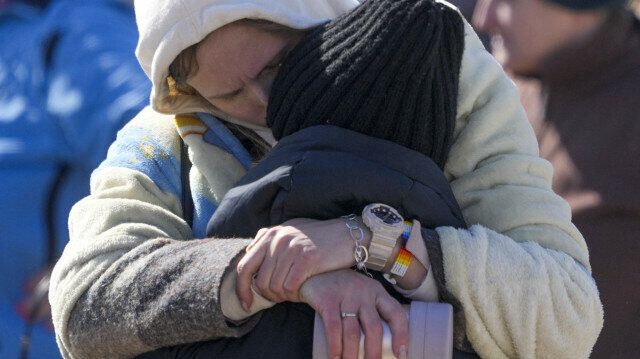 Iryna Vereshchuk said the war against Russian forces was continuing and two humanitarian corridors were opened in Mariupol and Melitopol with 7,331 residents evacuated.

Vereshchuk said authorities were working on humanitarian convoys as 80 tons of food, medicine and hygiene were dispatched to Melitopol and Berdiansk.

She noted that the evacuation process was expected to continue Saturday and officials would hold talks with Russia to evacuate civilians in Kyiv, Mariupol and Luhansk.

Russia began its war on Feb. 24. It has been met with international outrage, with the EU, US, and UK, among others, implementing tough financial sanctions on Moscow.

At least 1,081 civilians have been killed in Ukraine and 1,707 injured, according to UN estimates, while noting the true figure is likely far higher.

More than 3.7 million Ukrainians have also fled to neighboring countries, with over 6.5 million displaced inside the country, according to the UN refugee agency.