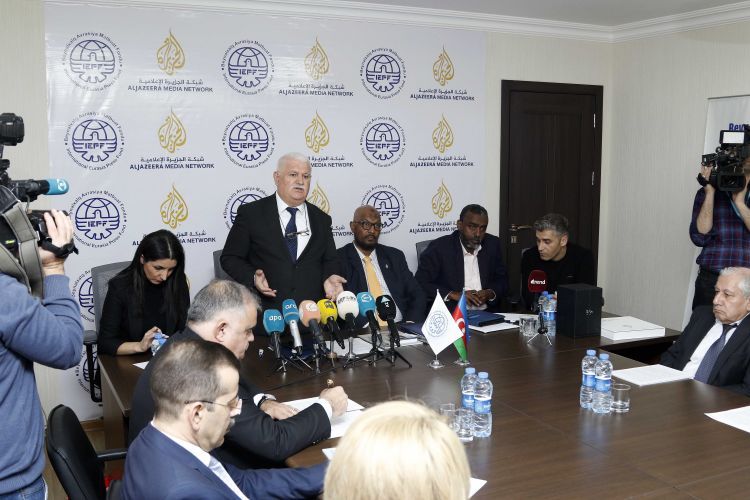 The ceremony of the signing of the agreement over the long-term cooperation between Al Jazeera Media Network and the IEPF is being held at the office of the International Eurasia Press Fund (IEPF).
President of the International Eurasia Press Fund (IEPF) Umud Mirzayev  has made an opening speech at the event.
"The IEPF has been cooperating with Al Jazeera for many years. A new agreement will be signed today. We have been cooperating for almost 10 years. The IEPF has become an influential figure in the region. Discussions on cooperation have been underway for almost a year. We will sign a neüs agreement with Al Jazeera. "
Noting the participation of the head of the Partnership and Cooperation Department Hasan Musammi in the event, Umud Mirzayev praised his first visit to Azerbaijan.
"We have participated in numerous campaigns in Al Jazeera together. He has showed an objective approach to both the first and second Karabakh wars. During the 44-day war, this organization disseminated information about the war. Today, the vast majority of Al Jazeera is in Ukraine."
Then, a video was shown about the journalists killed in the conflict zones in 2016.
The IEPF President noted that two trainings for journalists were held in Al Jazeera last year with the support of ADA University and the Media Agency.