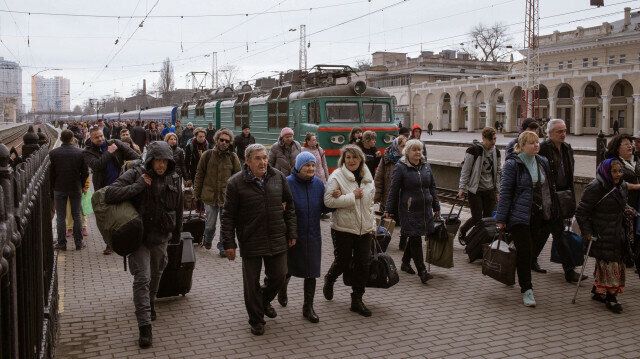 In a Facebook post, Iryna Vereshchuk said people could use private vehicles to leave Mariupol for Zaporizhzhia, a city where Russian forces have not entered so far.

Vereshchuk said the evacuation corridors will also remain open for those seeking to leave the cities of Berdiansk, Tokmak and Enerhodar for Zaporizhzhia.

However, the corridors in Luhansk would open if Russian forces stop their shelling, Vereshchuk added.

At least 1,932 civilians have been killed and 2,589 injured in Ukraine since Russia started the war on its neighbor on Feb. 24, according to UN estimates, with the true figure feared to be much higher.

More than 4.6 million Ukrainians have fled to other countries, with over 7 million more internally displaced, said the UN refugee agency.