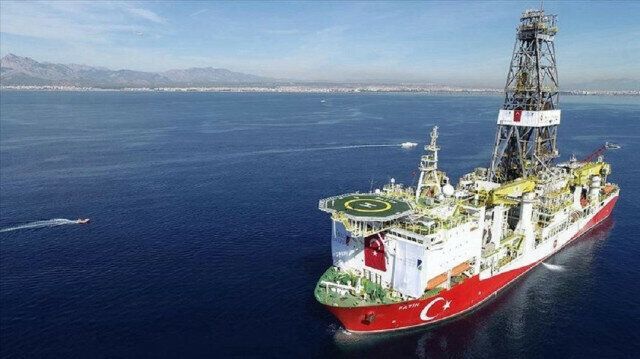 Türkiye's natural gas investments are not only able to cover domestic energy security but offer a solution to the demands of the European Union (EU) during the natural gas crisis caused by the Russia-Ukraine war, Yeni Safak reports.

The war in Ukraine, which is reshaping the global geopolitical and energy order, is also emasculating Russia, one of the world’s energy superpowers, while EU countries are scrambling to find alternative natural gas sources in anticipation of a further decline in Russian gas supplies to Europe.

This comes in the face of several EU sanctions on Russian energy exports, as well as self-sanctioning by some companies, or as punishment by Moscow on European countries that have refused to pay for Russian natural gas supplies in rubles.

Gulmira Rzayeva, the founding director of Eurasia Analytics, sees an opportunity for Türkiye to step up its role as an energy hub with its growing importance in LNG to alleviate the crisis in Europe.

“Türkiye's role not only as a transit country but also a country which possesses very scalable infrastructure is growing in the light of this energy crisis in Europe,” Rzayeva said.

Speaking to Anadolu Agency, Rzayeva, who is also a senior visiting research fellow at the Oxford Institute for Energy Studies (OIES), explained that Türkiye’s savior role in the EU’s energy conflict is not only critical because of the crisis itself and the resulting high prices, but also “because of the scarcity of gas on the market at the moment.”

“Azerbaijan is also gaining very strategic importance for Europe in that sense because Azerbaijan can increase its gas exports to Europe. But then here in the background of all these developments, Türkiye is becoming a very important country to help, especially Southeast European countries, to wean itself off Russian gas,” she said.

She stressed the important role that Türkiye can play as an emerging transit country given its very developed infrastructure, as “European companies can use this infrastructure to bring gas from alternative sources to their countries.”

She further explained that this could be realized through both local Turkish and European private companies registering in Türkiye, and offtaking gas imported from Azerbaijan or elsewhere into the country, including LNG, for shipment to Europe.

“Because Türkiye has around 50 billion cubic meters (bcm) of LNG regasification capacity in the country. So, this is around 90% of the Turkish annual gas demand. Bulgarian companies have already booked capacity in LNG terminals, which means that they can buy LNG at the Turkish regasification terminals and ship it to Bulgaria or any other European countries,” she said.