US should prepare conditions for finalization of agreement - ednews.net

US should prepare conditions for finalization of agreement 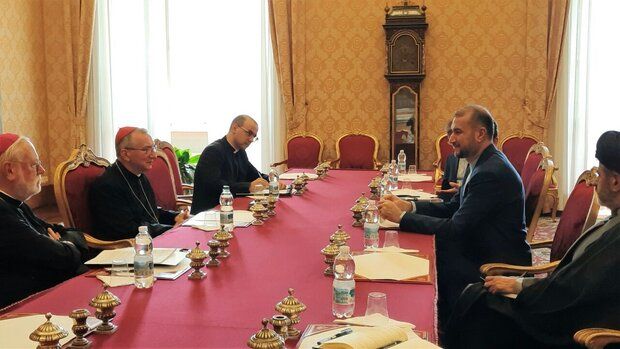 Stating that Iran presented important initiatives during the JCPOA talks, Iranian Foreign Minister said that it is necessary for the American side to realistically prepare the conditions for the finalization of an agreement, Mehr news reports.

During the talks, the two sides exchanged views on common interests and concerns regarding international and regional developments.

The foreign ministers of the Islamic Republic of Iran and the Vatican, while exchanging views on ways to strengthen global and regional peace and stability, emphasized the need for political solutions to crises.

In the meeting held with the Vatican officials, the Iranian foreign minister explained the latest status of the JCPOA negotiations and emphasized that Iran is serious to reach a good and stable agreement. "During the negotiations, we have presented important initiatives, but it is necessary for the American side to realistically prepare the conditions for the finalization of an agreement," Amir-Abdollahian said.

Officials of the Islamic Republic of Iran and the Vatican emphasized the necessity of establishing stable peace and security, especially in the West Asian region.

In line with its global responsibility in dealing with terrorism, Iran has played an important role in fighting against the criminal terrorists of ISIL, Amir-Abdollahian said.

As much as Iran opposes the war in Ukraine and supports a political solution to end it, it also opposes the war in other regions of the world, he added. "We are particularly concerned about any worsening of the situation in northern Syria and have made significant efforts to prevent a new crisis."