There will be conference for reconstruction of Ukraine - Italian premier - ednews.net

There will be conference for reconstruction of Ukraine - Italian premier 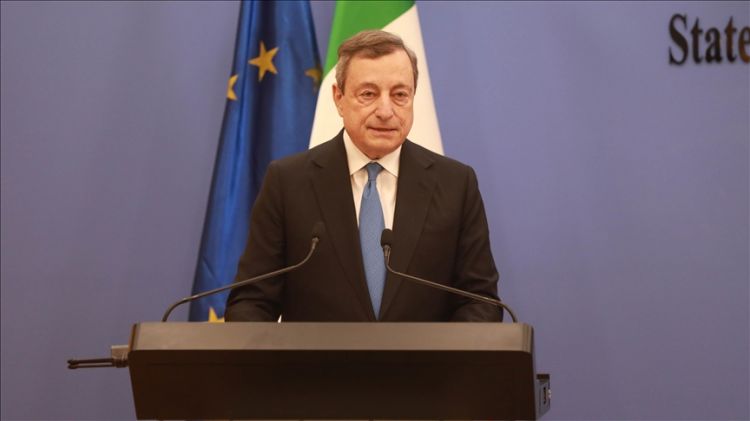 There will be a big conference on the reconstruction of Ukraine to repair the damage done by Russia’s war on its neighbor, according to Italy’s outgoing premier.

“There will be a big conference in Germany for Ukraine's reconstruction," Mario Draghi said after the unofficial EU summit in the Czech capital Prague, according to Italian news agency ANSA.

He said the effects of skyrocketing energy prices and the ongoing war in Ukraine were the two most important issues discussed at the summit.

EU leaders reaffirmed their commitment to continued support for Ukraine, he said, adding that there are already talks on the importance of the reconstruction of the country, which has been hit hard by the ongoing war.

Draghi added that many EU members are also concerned about an increasingly aggressive Russian propaganda campaign.

On the new Italian government set to emerge from last month’s general elections, he said he had not seen any panic or anxiety among other European leaders.

They are curious to know what kind of policies the new government will follow, he said.

Giorgia Meloni, the leader of the Brothers of Italy party, is expected to become Italy’s new prime minister after a right-wing alliance including Matteo Salvini’s Lega party and Silvio Berlusconi’s Forza Italy won over 43% of the vote.

The new government is likely to pursue a more EU-critical line than its predecessors, joining Poland and Hungary as close allies in EU decision-making.